Most of the time, virtualization allows you to :

Nevertheless, it can happen that it doesn't work in virtual. This is particularly the case with the "Microsoft Hyper-V" virtualization server.

If you want to virtualize "Microsoft Hyper-V" (on Windows Server 2012 R2), you will need to use the nested virtualization.

When you virtualize Windows Server 2012 R2 with VMware Workstation and attempt to install the Hyper-V role, you receive the following error message :

Hyper-V cannot be installed: A hypervisor is already running. 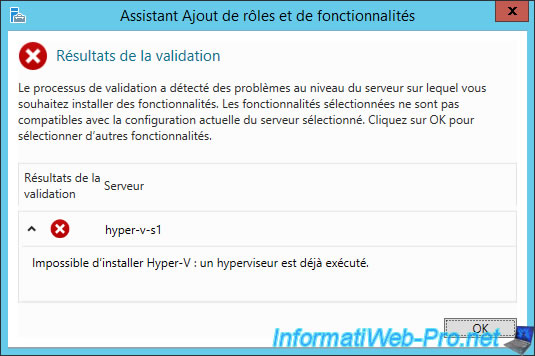 If you try to use nested virtualization with a recent version of VMware Workstation (except since version 16), the wizard will let you install the role, but during the restart, Windows Server 2012 R2 will freeze and finally produce a "DPC_WATCHDOG_VIOLATION" blue screen.

Hence the need to use version 11.0.0 or 16.0 and NOT another version of VMware Workstation. 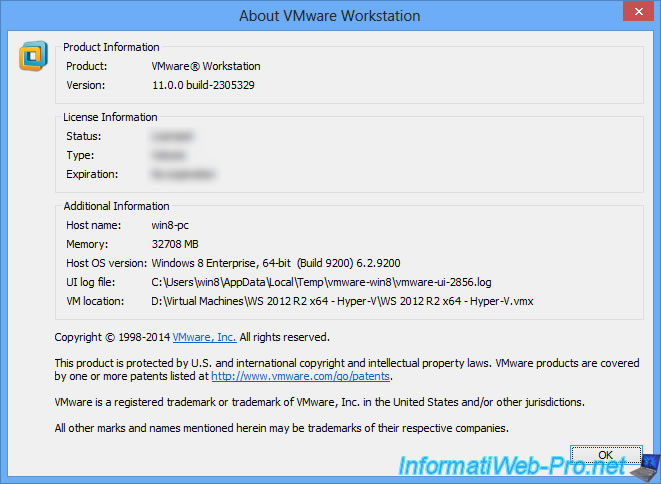 For this tutorial, we used :

Update 2020 : tutorial also tested without problem with version 16 of VMware Workstation and the same version of Windows Server.

To get started, start the New Virtual Machine Wizard. 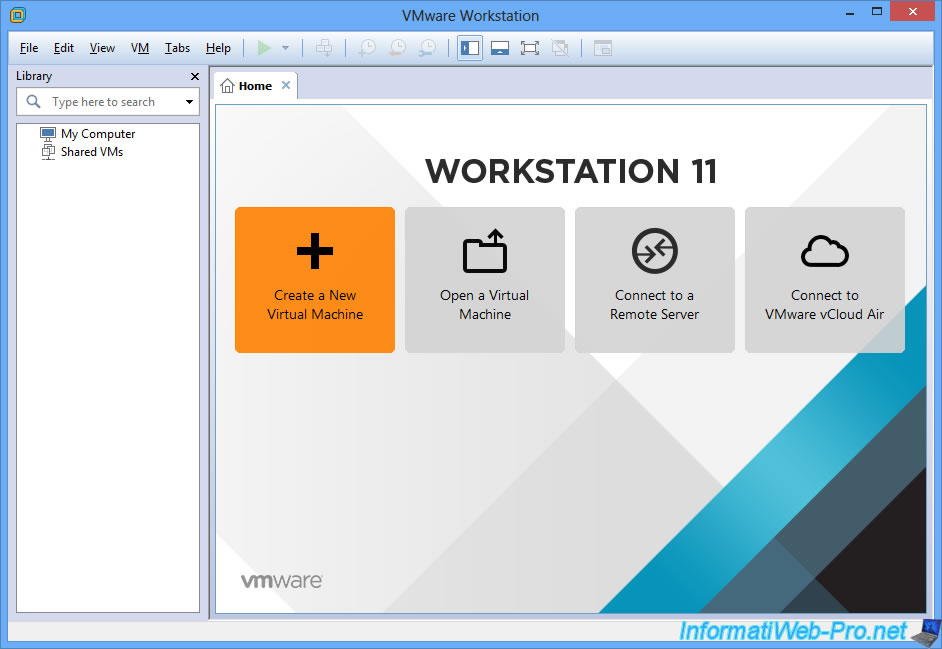 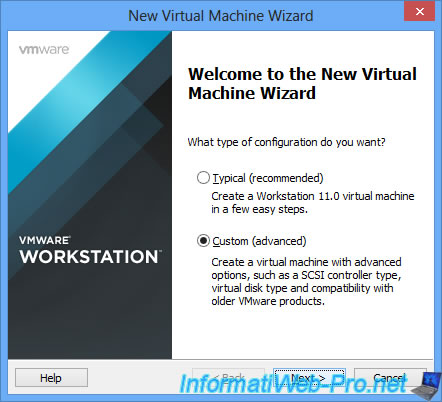 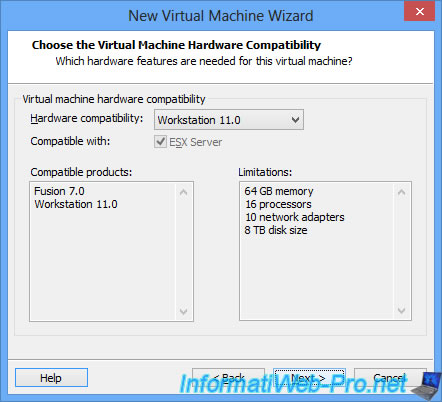 Choose "I will install the operating system later". 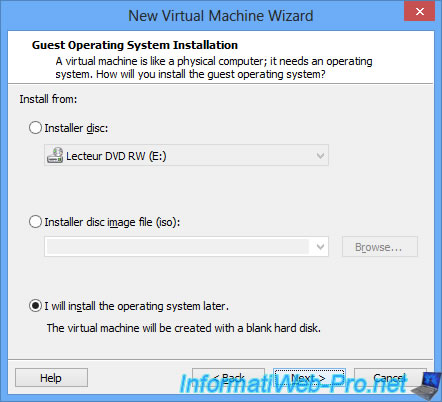 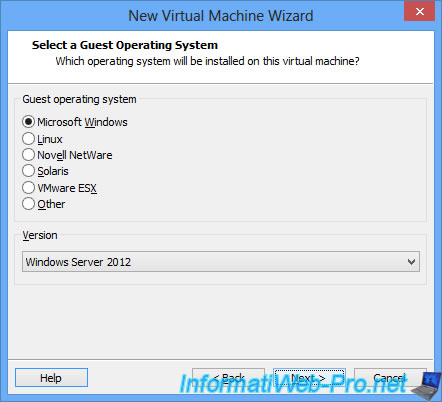 Provide a name for your virtual machine. 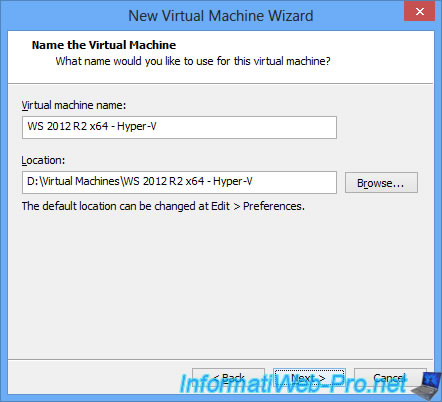 Leave the default option for the firmware type. 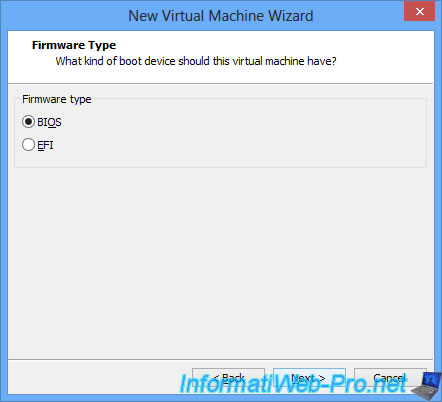 For best performance, assign at least 2 cores to this virtual machine. 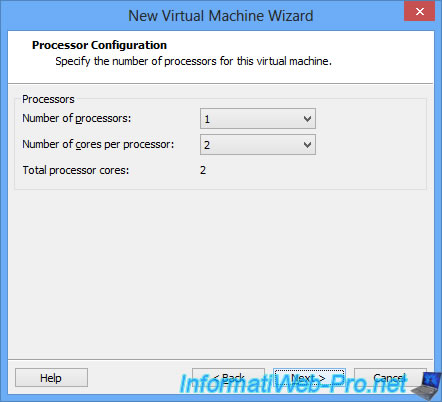 In order to run VMs in your Hyper-V virtualized server, you will need to allocate several GB of memory to it.
In our case, we allocated 8 GB (8192 MB) to our VMware VM. 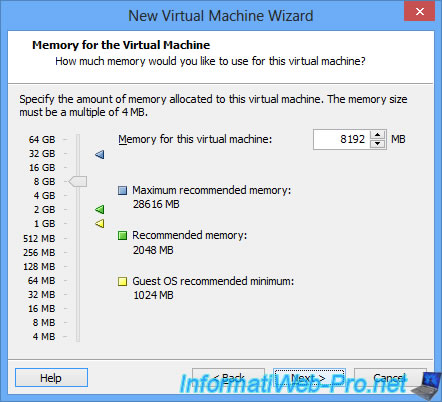 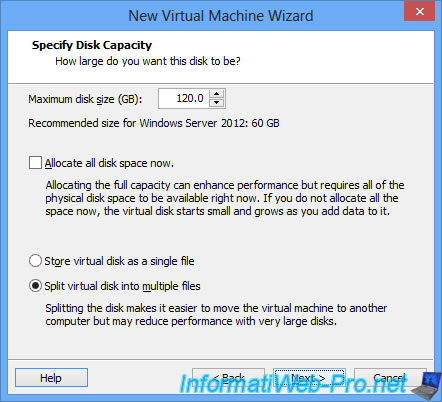 At the end of the wizard, click on "Customize Hardware". 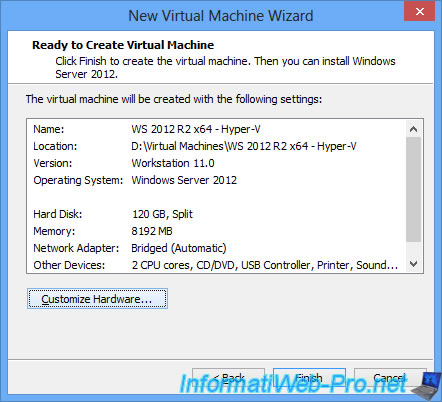