Currently, you can virtualize Citrix XenServer 6.5.0 with versions 10, 11, and 12 of VMware Workstation.
With the limitation explained previously : Windows guests will not work (or too slowly). 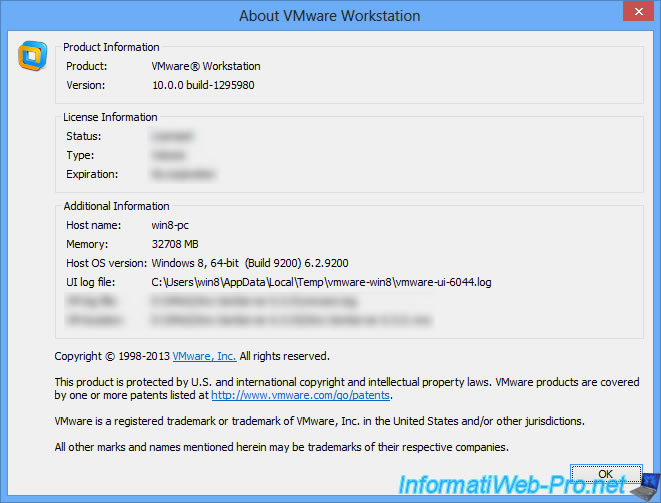 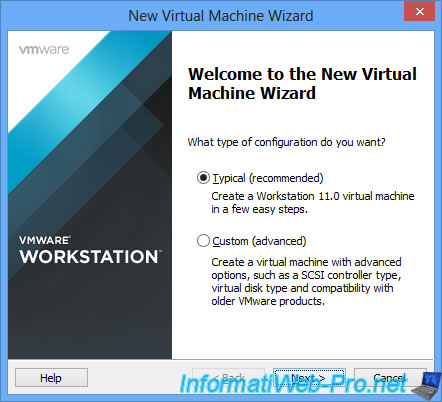 Then, select the OS on which this version of Citrix XenServer is based. So, in this case, the CentOS Linux distribution in 64 bits : 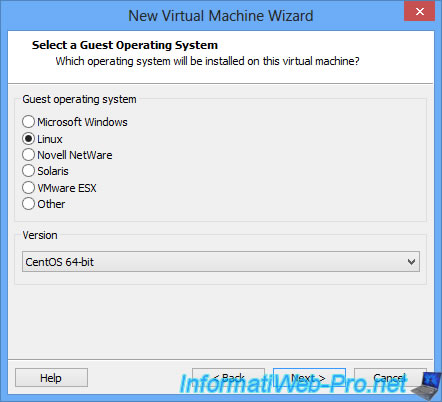 For the virtual hard disk, increase the size as needed to create your Linux virtual machines and select "Store virtual disk as a single file" for better performance. 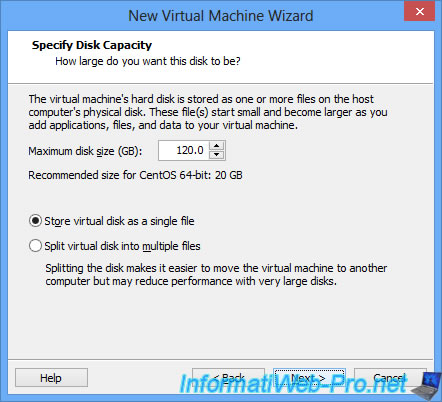 At the end of the wizard, click on "Customize Hardware" and increase the amount of RAM allocated to this virtualization server to have enough RAM for Citrix XenServer and Linux VMs that you create. 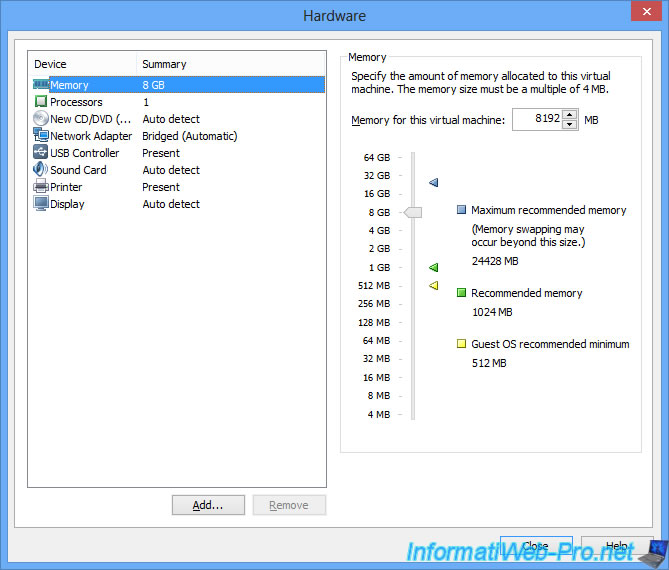 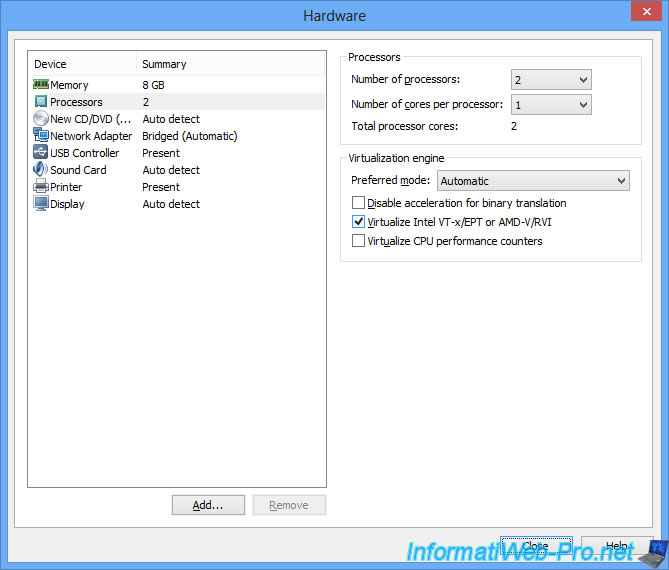 Select the Citrix XenServer 6.5.0 installation CD.
And select "Bridged" if needed for the network card of this virtual machine. 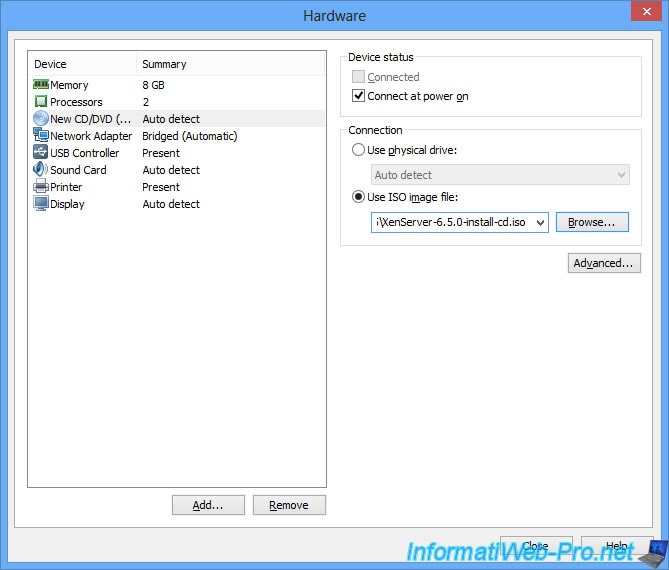 Then, start the virtual machine and press Enter. 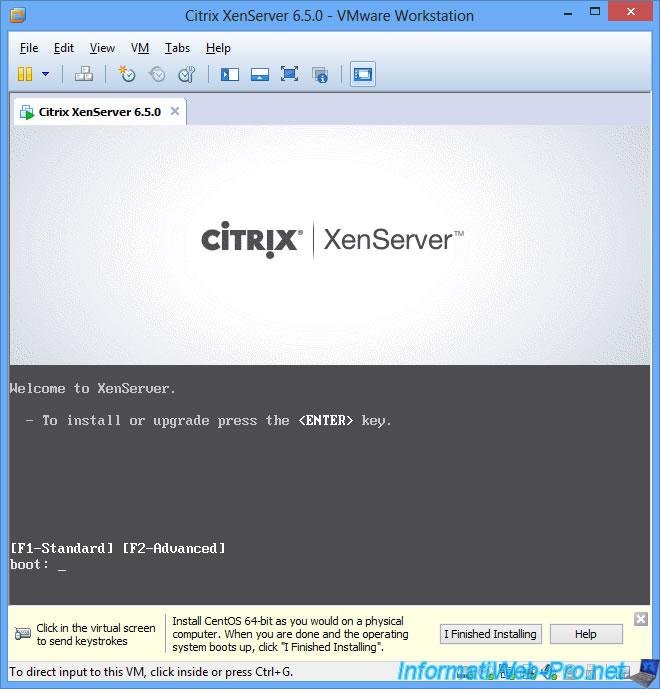 During the startup of the Citrix XenServer 6.5.0. Virtual machine, you will see the "I/O virtualisation disabled" message.
Nevertheless, as it's indicated, it concerns the virtualization of the inputs/outputs (thus the IOMMU feature of AMD or the Intel VT-d equivalent) and not the virtualization of the processor (such as the Intel VT-x or the AMD-V).

Since the IOMMU / Intel VT-d is not required to run most features of Citrix XenServer, it's not a real problem. 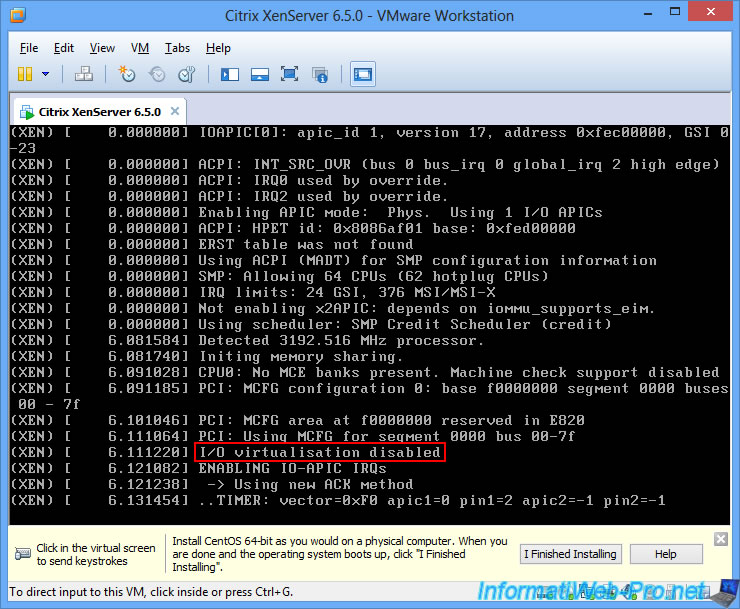 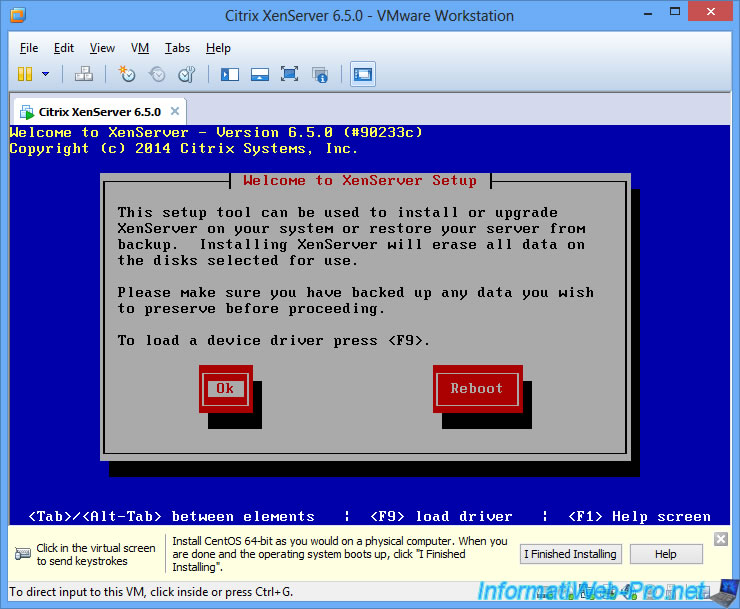 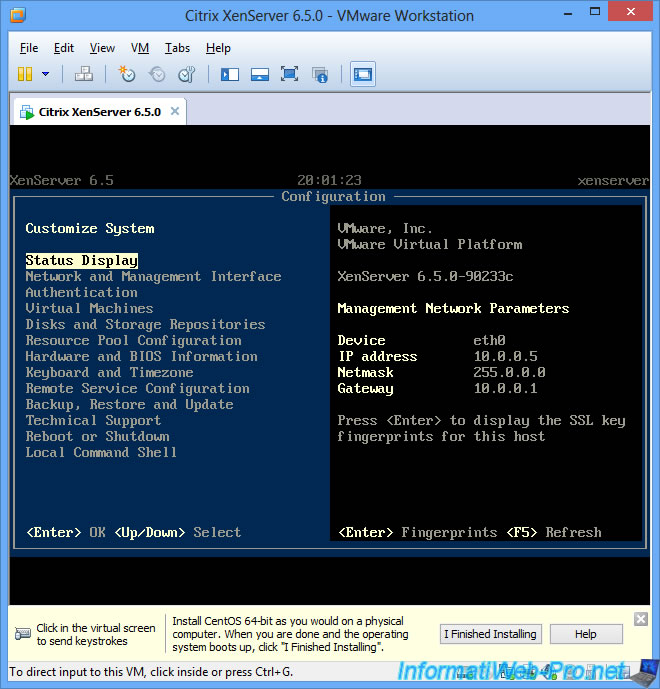 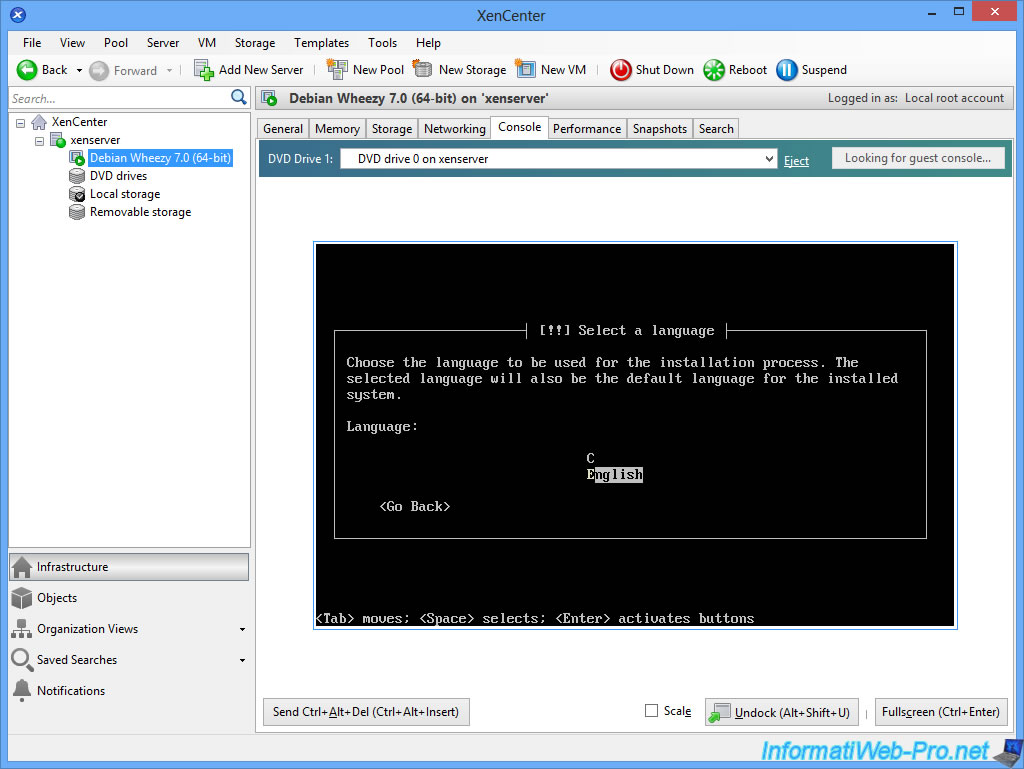 And as expected, Debian is running smoothly even though Citrix XenServer itself is virtualized. 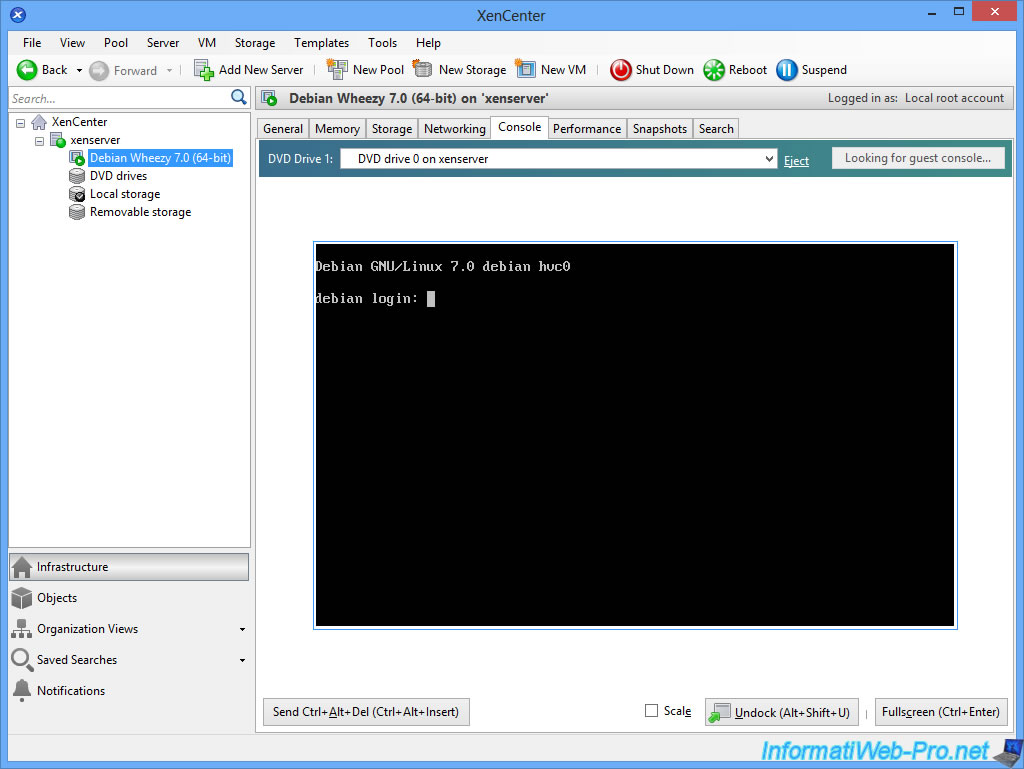