In our case, we always install our virtual machines manually to be able to configure them as best as possible when they are installed.

To do this, open the New Virtual Machine Wizard and choose : Custom (advanced). 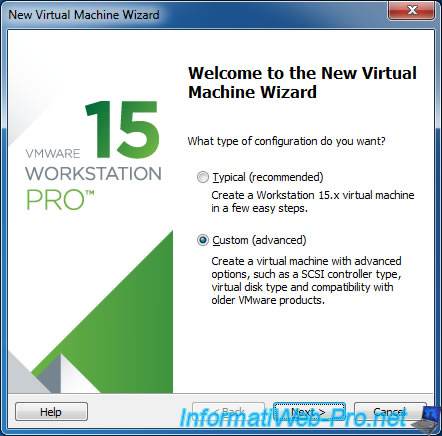 By default, you will maintain the selected compatibility to get the best performance possible and to benefit from the new features offered by VMware (such as the Virtual Trusted Platform Module that allows you to better secure your virtual machines).

However, if you want to transfer it to another VMware program or use it with an older version of VMware Workstation, you may select another version. 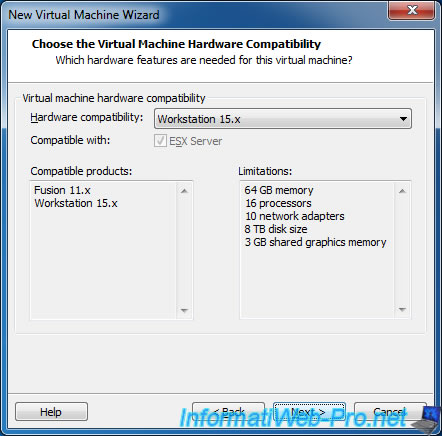 To avoid using Easy Install, you will need to select : I will install the operating system later. 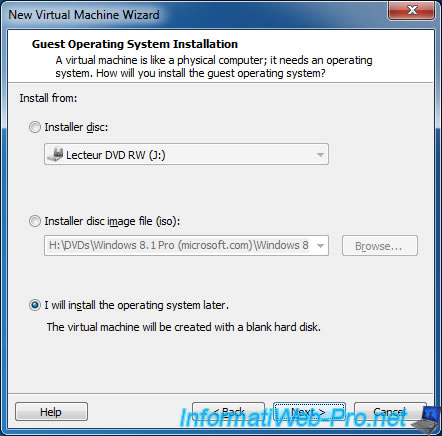 Note that this list varies from version to version of VMware Workstation and is not complete.
In our case, we will select:

Important : Mac OS X can't be virtualized with VMware Workstation, as this is prohibited by Apple.
Indeed, the Mac OS X operating system license is tied to hardware purchased from Apple. And since VMware Workstation is intended to run on Windows or Linux, this feature can't be implemented by VMware (although technically possible).
Since this is illegal, we don't cover this possibility on our site.

But, if you install VMware Fusion (which is the equivalent of VMware Workstation, but for Mac OS X) on an official Mac supported by Apple, you will be able to legally virtualize the 10.5 to 10.11 versions of Mac OS X. 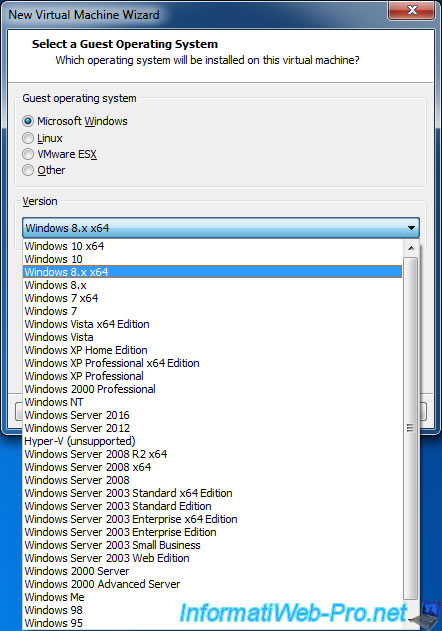 Choose the location where you want to create your virtual machine. 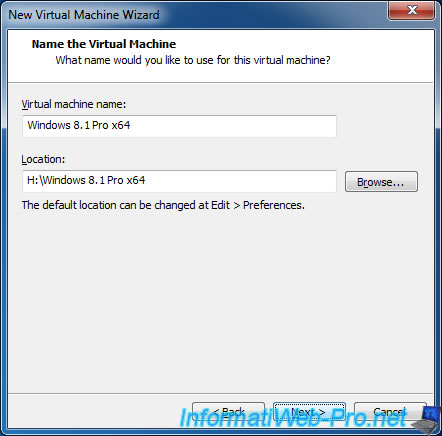 Since Windows 8.1 supports UEFI and Secure Boot, you will have the choice between :

In our case, we will keep the classic BIOS. 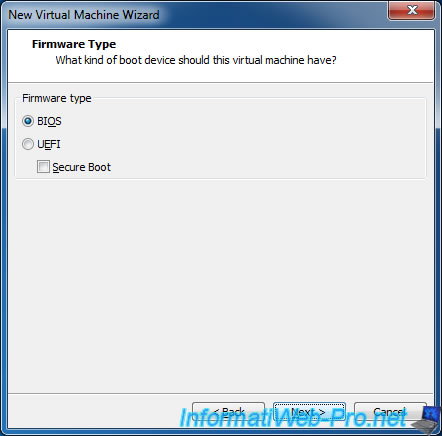 Select the number of processors and cores you want to assign to the virtual machine. 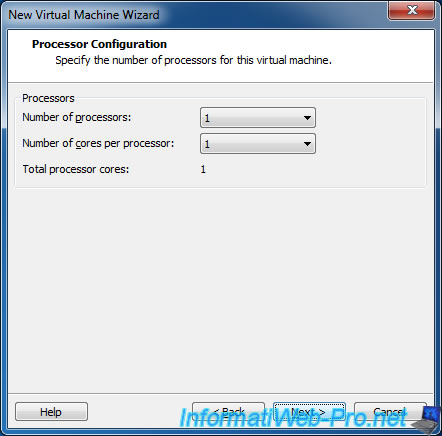 By default, VMware will select the recommended amount of RAM for the OS you want to virtualize. 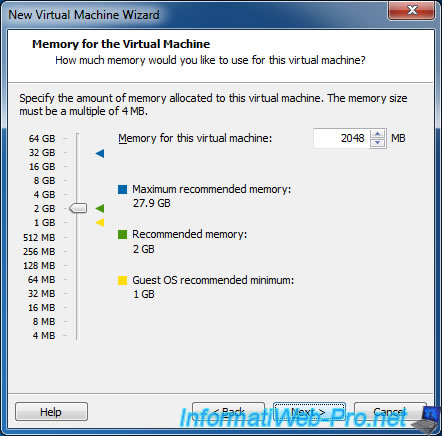 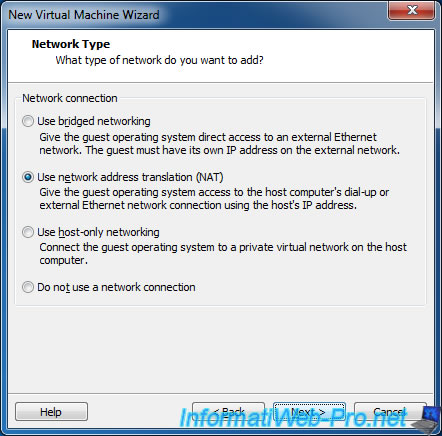 Depending on the OS that will be virtualized and its architecture (x86/x64), the controller for the hard disk may vary.

New since version 15.5 : you can use a Paravirtualized SCSI controller to increase compatibility with vSphere products.
Source : VMworld 2019: Fusion and Workstation Announcements 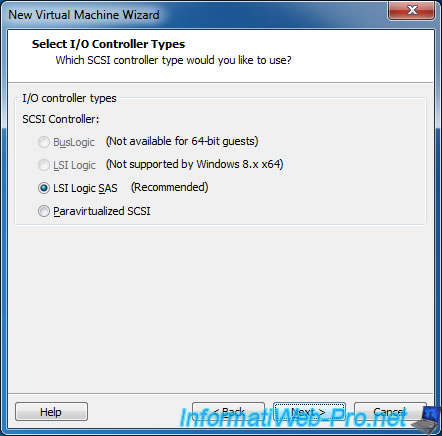 Depending on the virtualized OS, VMware will offer one or more types of hard drives.
Knowing that the SCSI is still very advantageous in virtual, because it allows you to add or remove virtual hard disks without stopping and restarting the virtual machine (= hot swap hard drives). 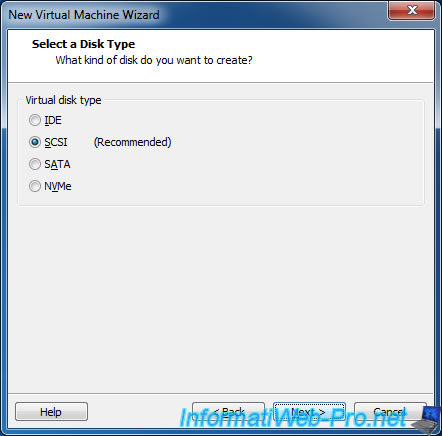 Note that using a physical hard disk provides better performance for disk access, but it requires administrator rights and may pose a security problem since the machine is no longer isolated completely from the host system. 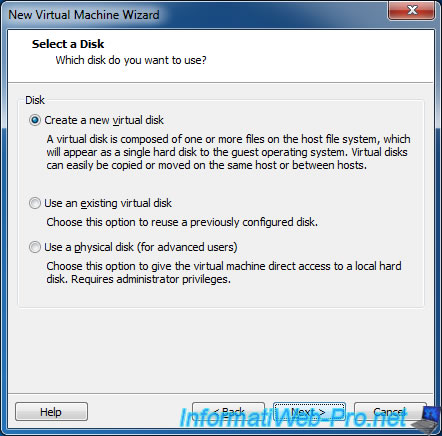 When you don't use Easy Install, you can : 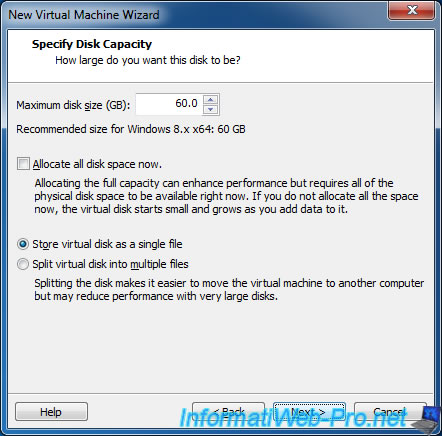 Specify a name for the virtual hard disk of your virtual machine. 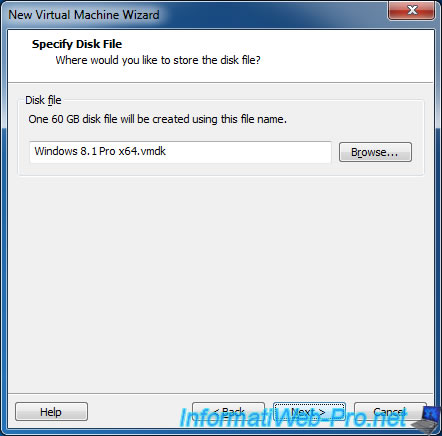 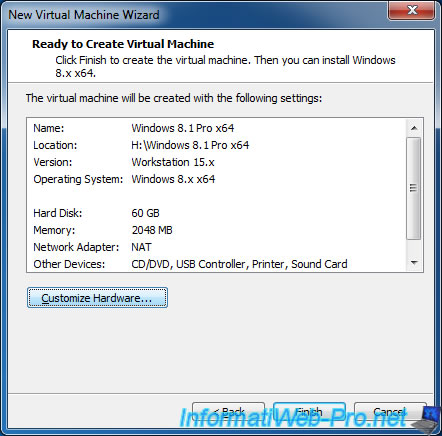 Since we didn't select the installation media at the beginning of the wizard, we need to configure the virtual CD/DVD drive to use the desired iso file. 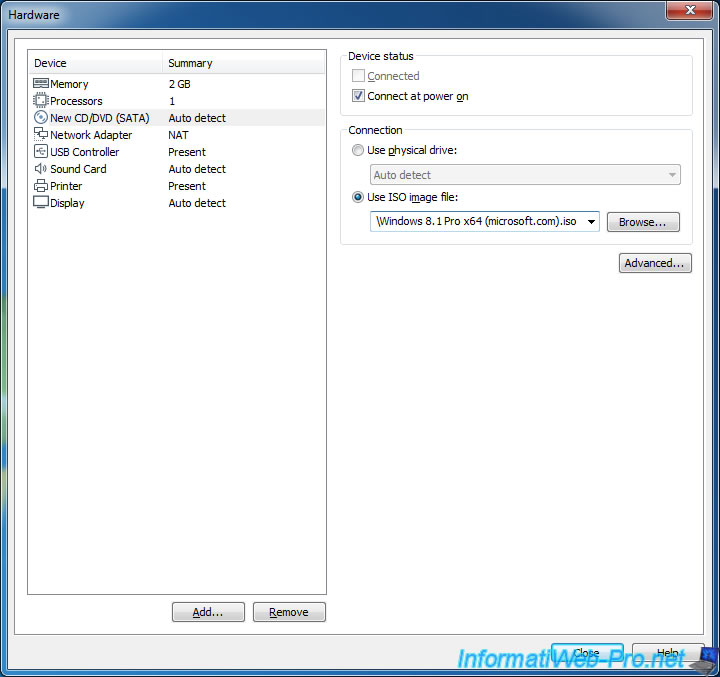 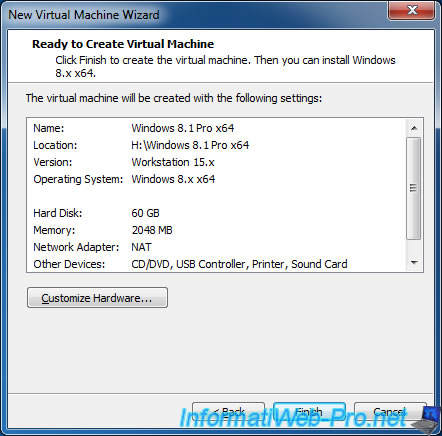