To increase the capacity of a logical device or change its RAID level to improve performance and/or security (fault tolerance), you can add a physical device to an array.

For this tutorial, we have created an array with 2 SAS hard drives and a logical device in RAID 1 on it. 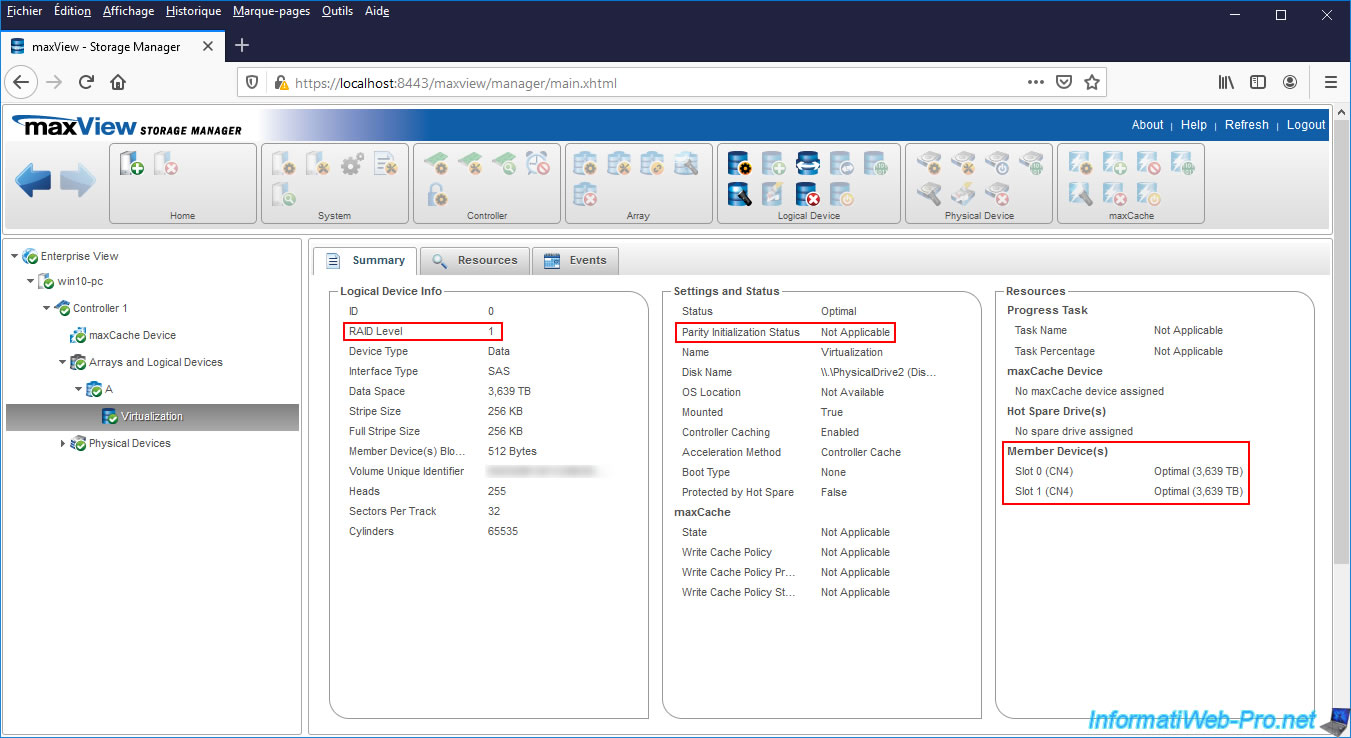 2. Add a physical device to an existing RAID array

To add a physical device to an existing RAID array, plug an additional physical device into your Microsemi Adaptec SmartRAID controller, then select the desired array and click on the 2nd icon (Modify Array) of the "Array" block at the top of the page. 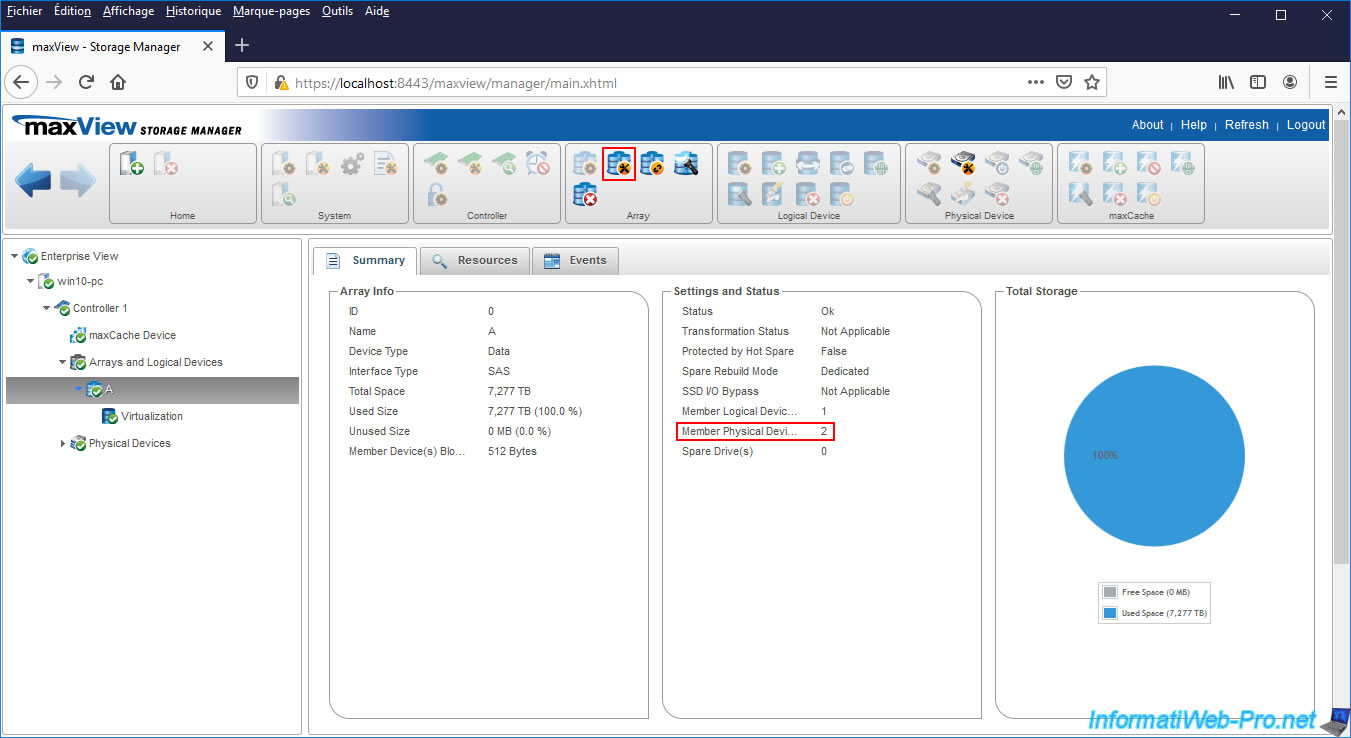 In the "Modify Array" window that appears, select "Add Drive(s)" and click Next. 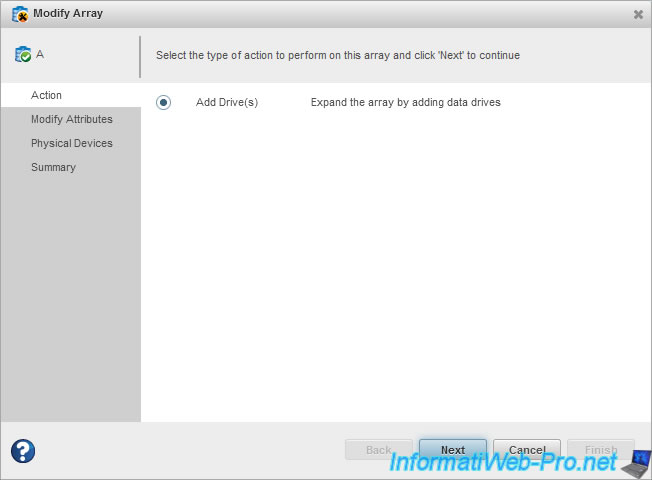 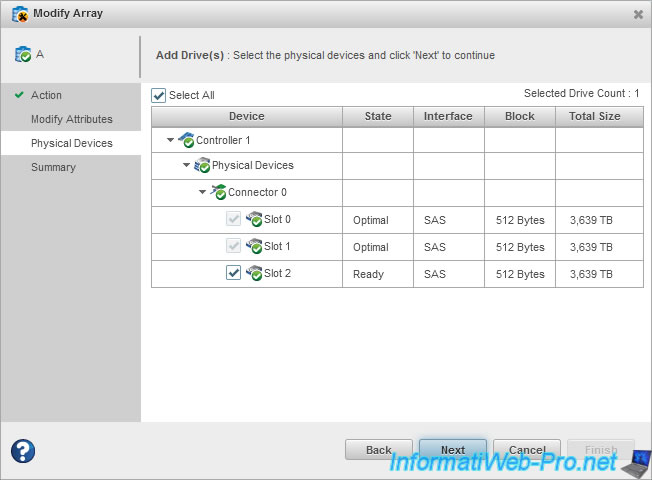 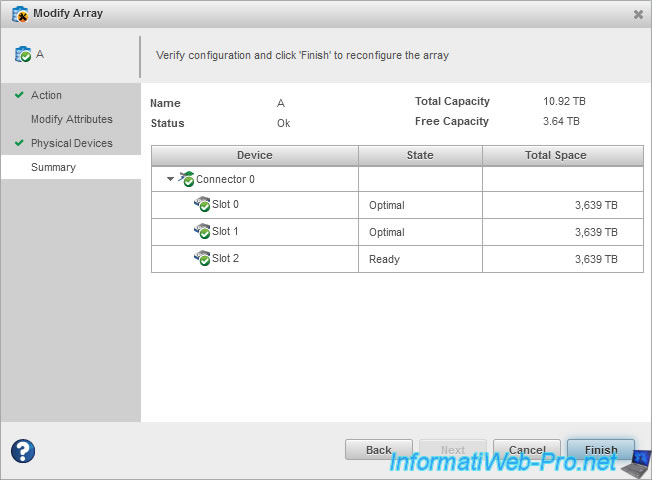 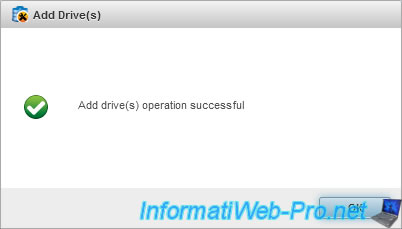 Once the physical device is added, the array will be undergoing transformation (Transformation Status : True) and the number of Member Physical Devices will have increased. 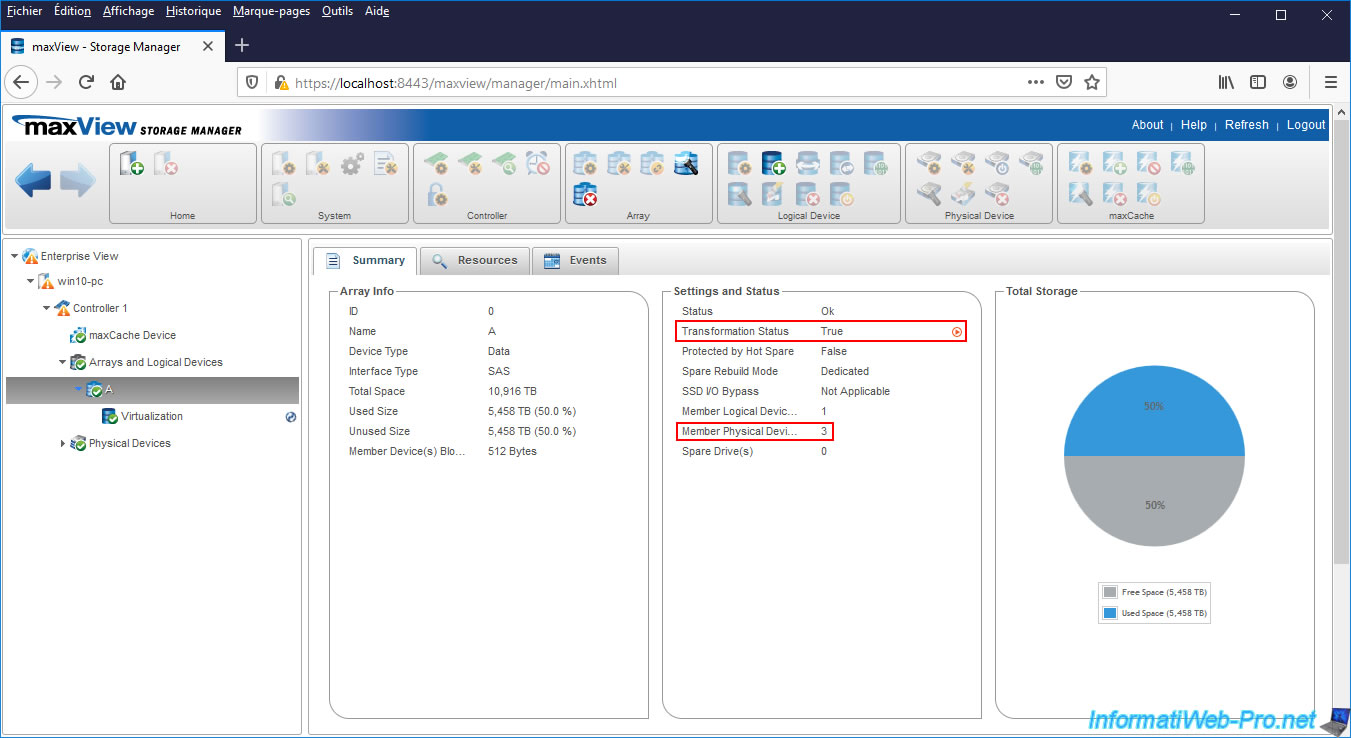 For now, if you look at the logical device there, you will see that its status is "Expanding" and that there is an "Expanding" task in progress for it.

In our case, as the RAID level has changed and RAID 5 requires parity, maxView tells you that it's Queued for the moment.
This is because the parity calculation for this logical device will start when the "Expansion" task is finished. 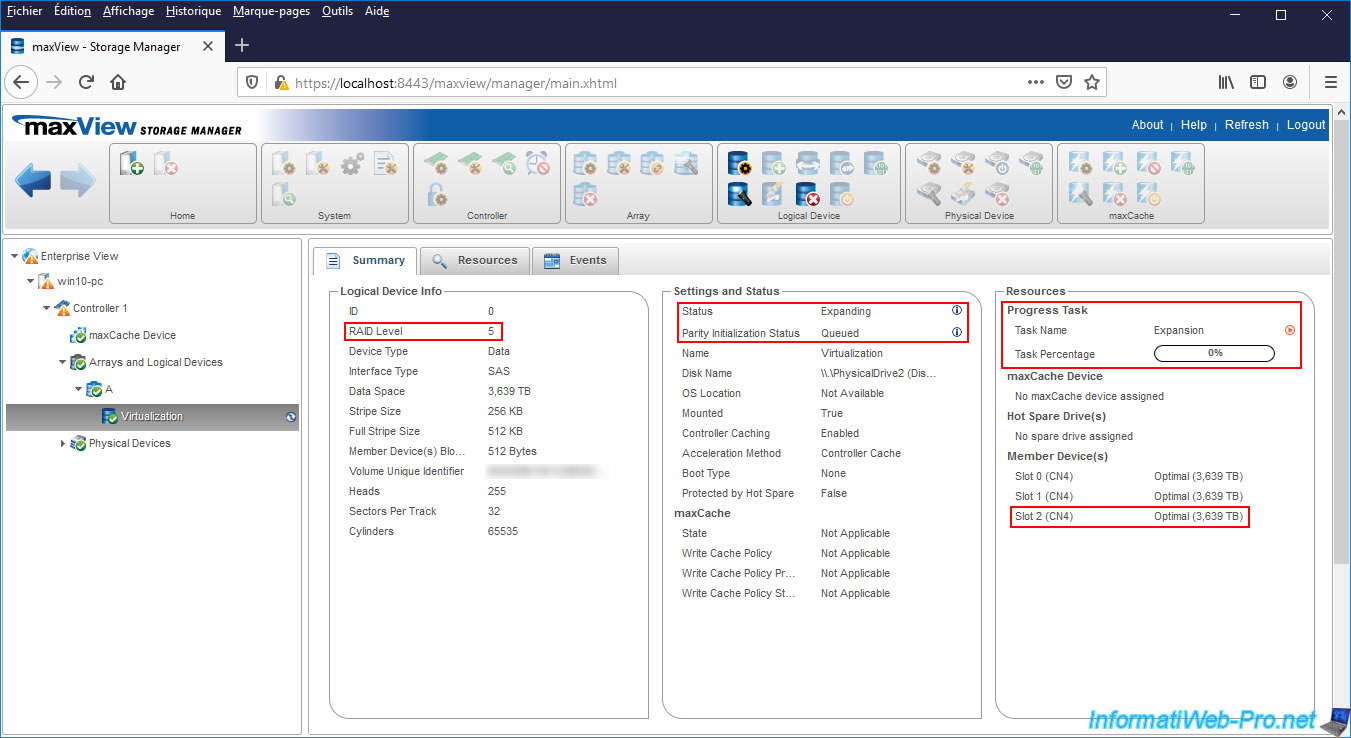 If you hover over the little "i" next to "Status : Expanding", you will see that maxView is telling you that your SmartRAID controller is expanding your logical device capacity and that additional migrations (RAID level change) are not allowed on this controller until this process is completed.

For parity initialization (if applicable, since it depends on the RAID level chosen by the controller), you can see that it's currently pending. 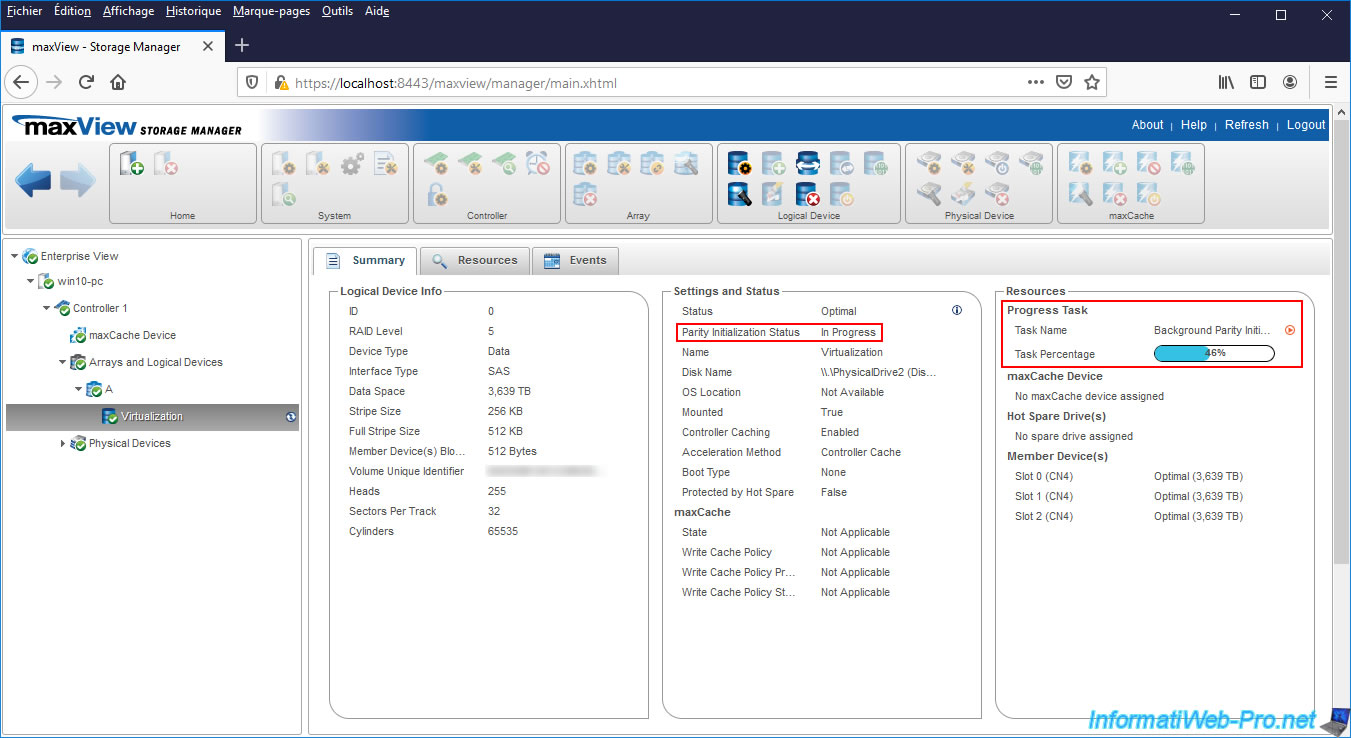 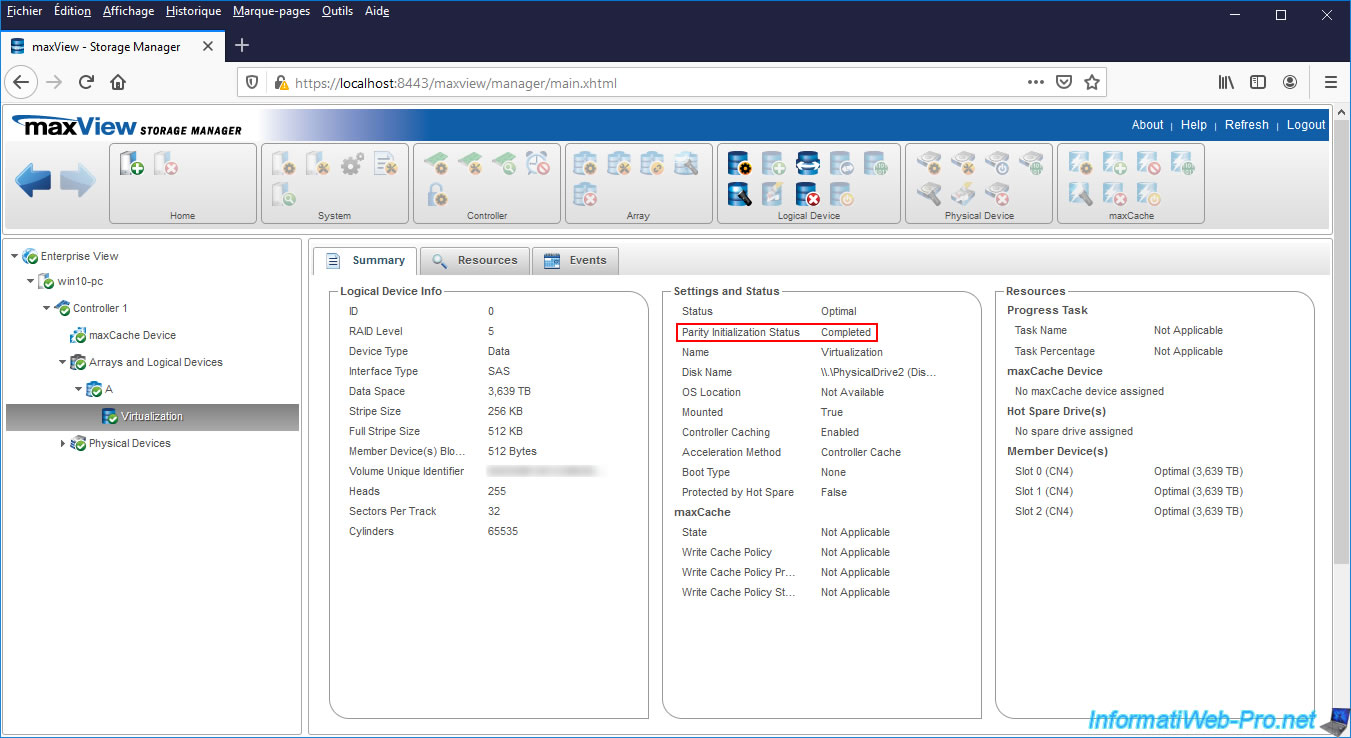 3. Change the RAID level of a logical device

At the moment, the RAID level of our logical device is : RAID 5.
To migrate (change) its RAID level to another RAID level (whether lower or higher), click on the 3rd icon (Expand/Migrate Logical Device). 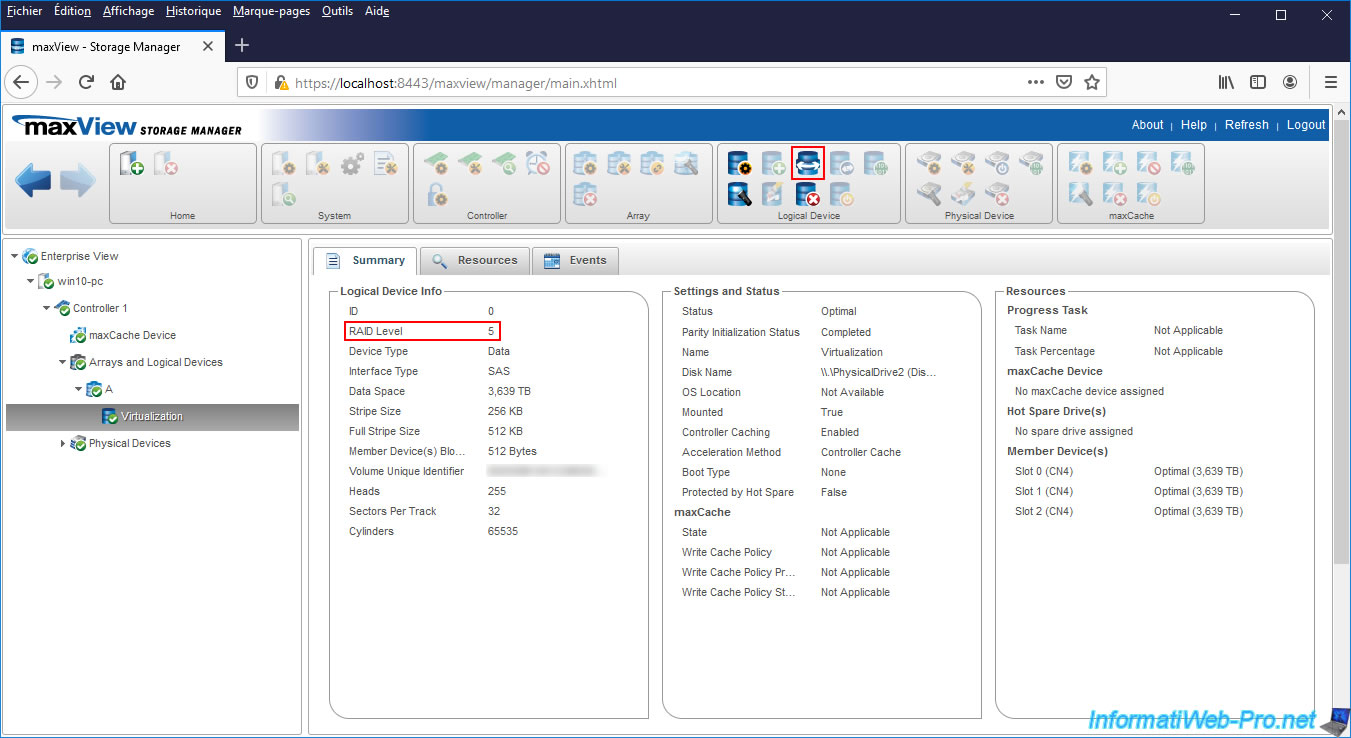 In the "Expand/Migrate Logical Device" window that appears, select "Migrate" and click Next. 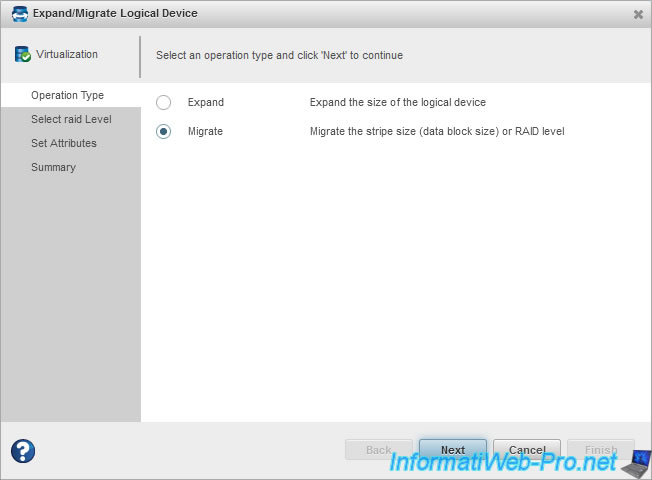 In our case, we will be using a "RAID 1 (ADM)" RAID level instead of the current RAID 5. 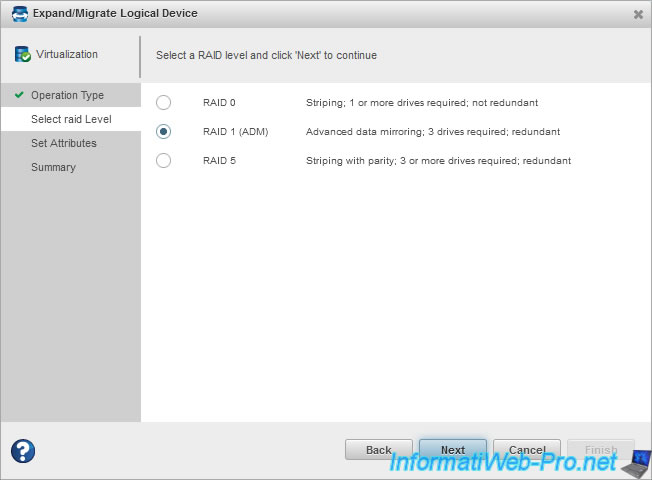 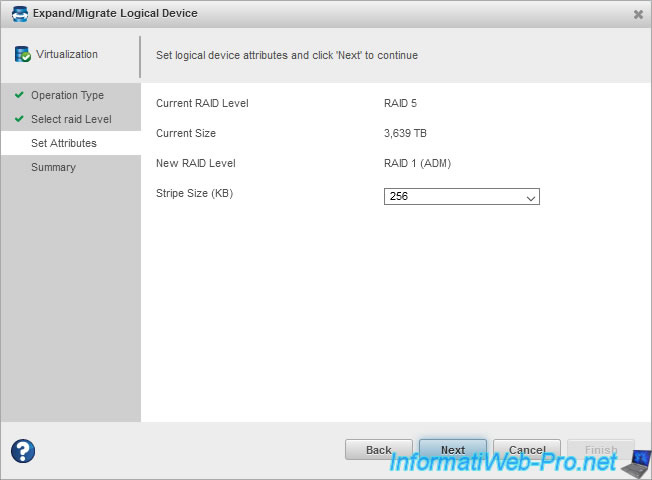 A summary is displayed with : 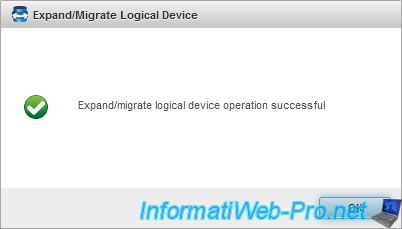 The RAID level changes and the status becomes "Expanding" again.

Note that in our case, the initialization status is "Not Applicable" since the RAID 1 (ADM) level has no parity. 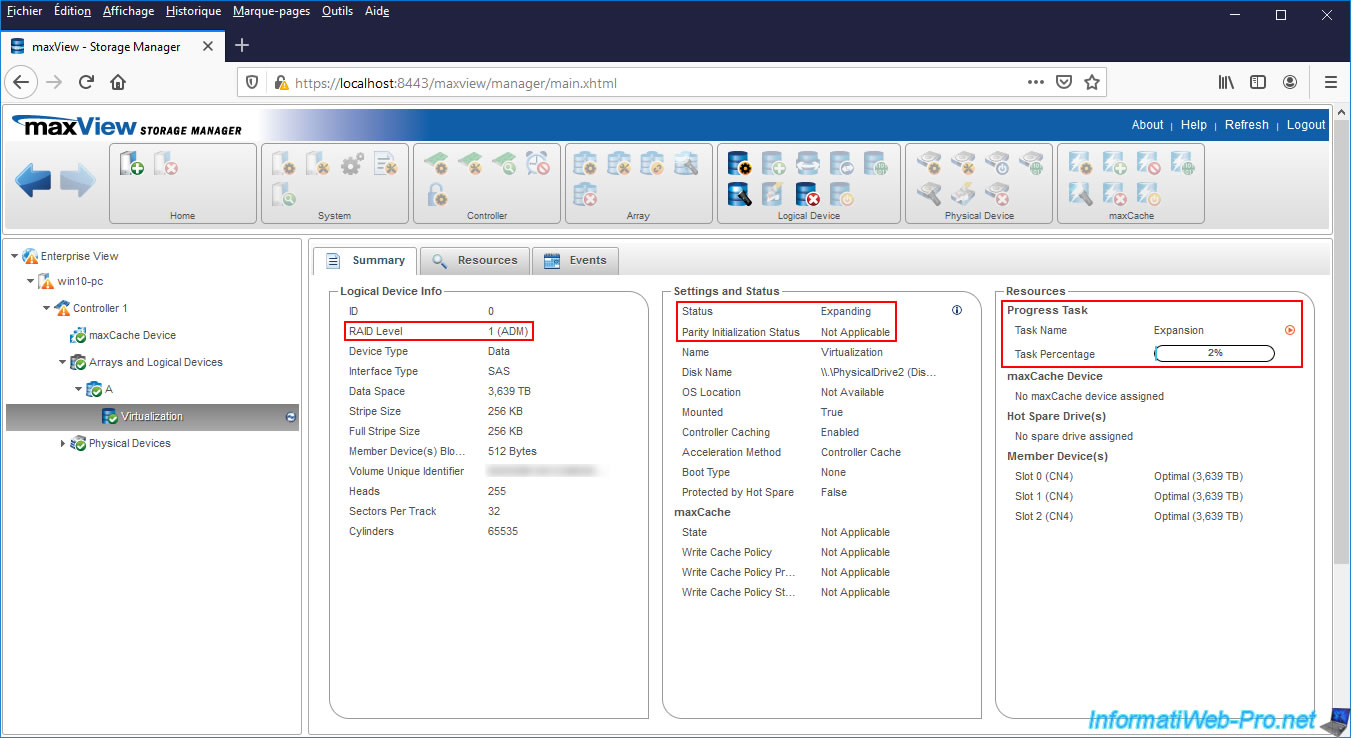 Once the RAID level migration and parity initialization (if applicable) is complete, the logical device status will change to : Optimal. 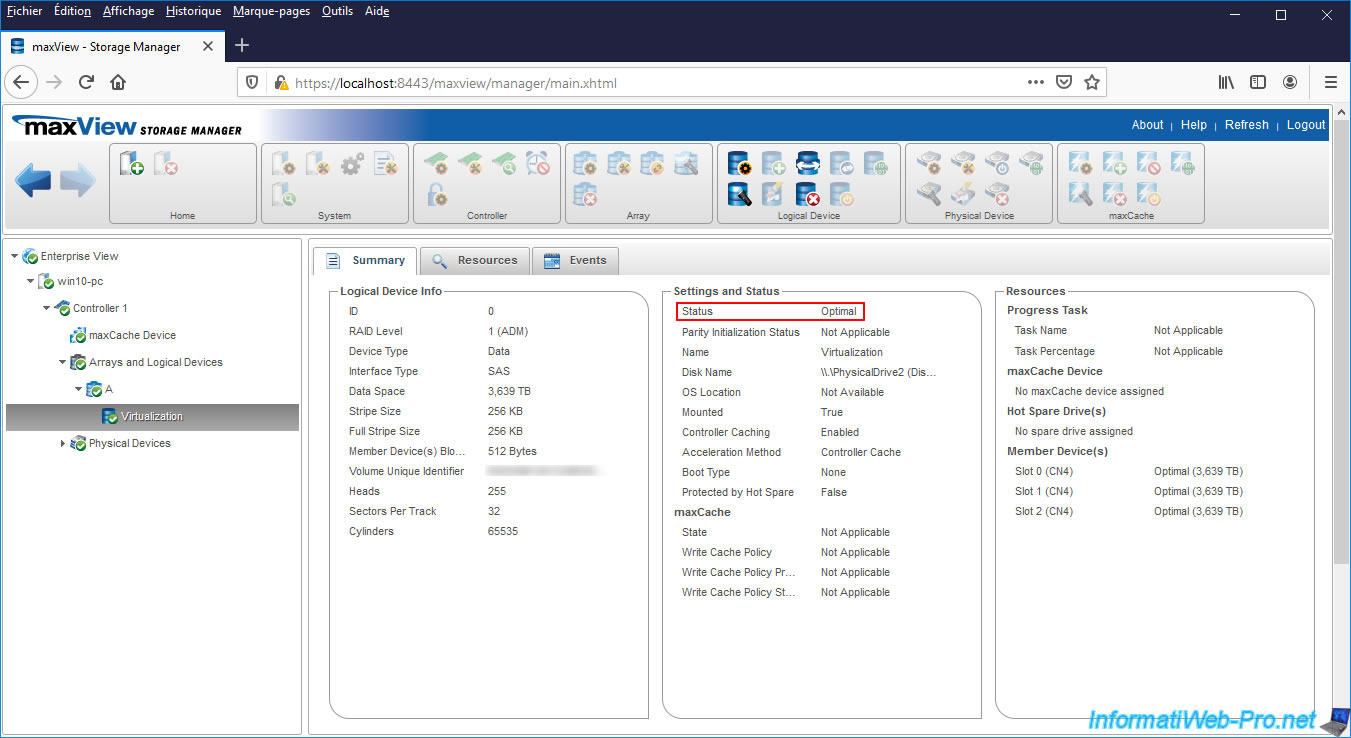