With VMware Workstation 8 and 9, you had the ability to record the virtual machine screen directly from VMware Workstation without having to go through third-party software.
Nevertheless, the encoding of these videos was done with a VMware proprietary codec (VMnc) and this feature has been discontinued by VMware, because the quality of the videos was no longer acceptable.

1. Record the screen of a virtual machine

To record the screen of a virtual machine (including when it reboots, which was very convenient), go to the menu : VM -> Capture Movie. 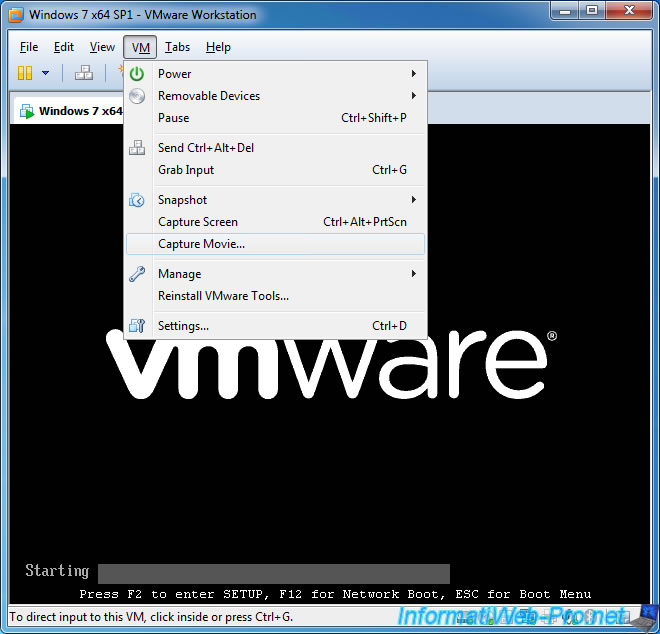 Provide a name and location for the movie that will be created by VMware Workstation and select the desired quality : 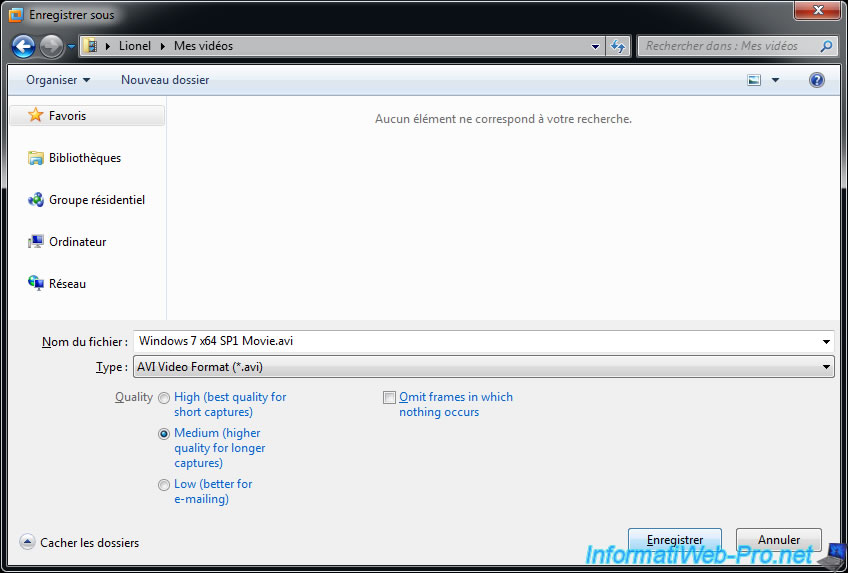 Then, to stop recording the screen of your virtual machine, just click on : VM -> Stop Movie Capture. 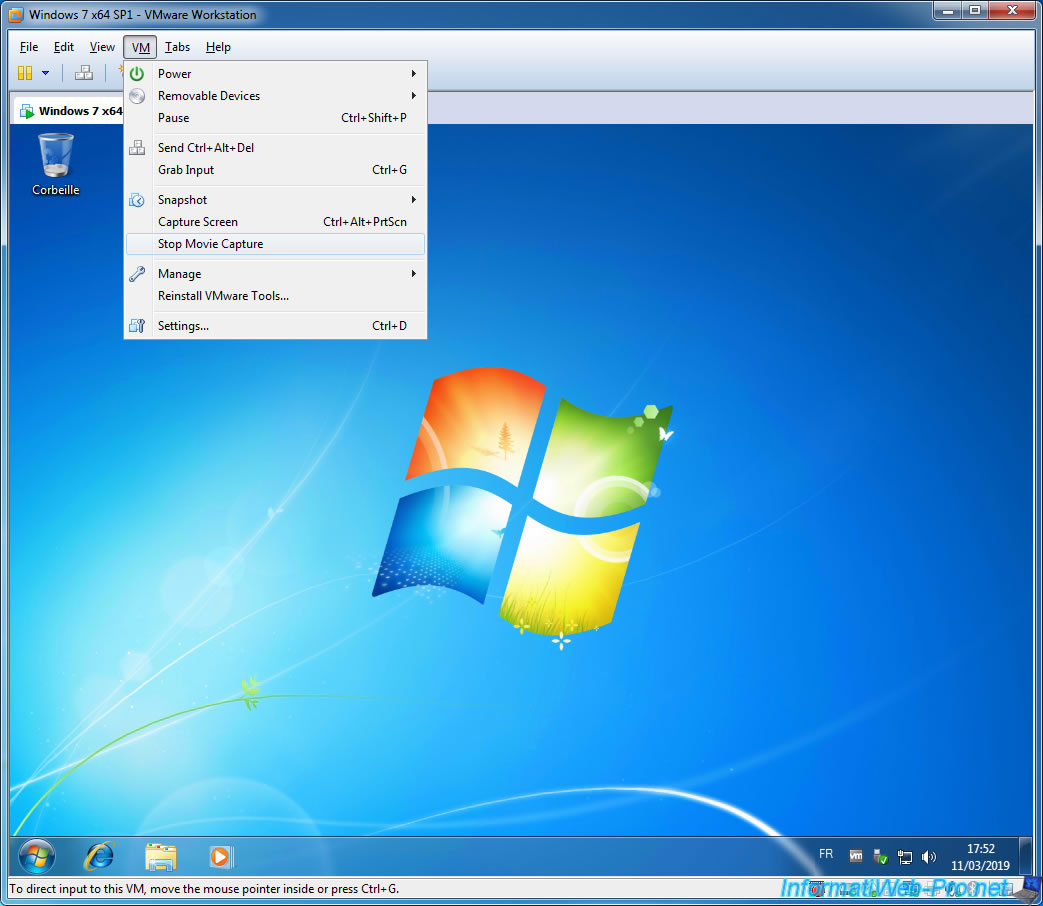 Once the video is complete, you can open it directly with VLC (for example). 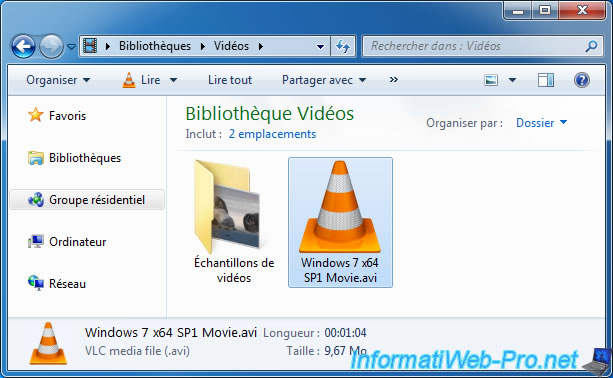 As you can see, the video is readable without any problem. 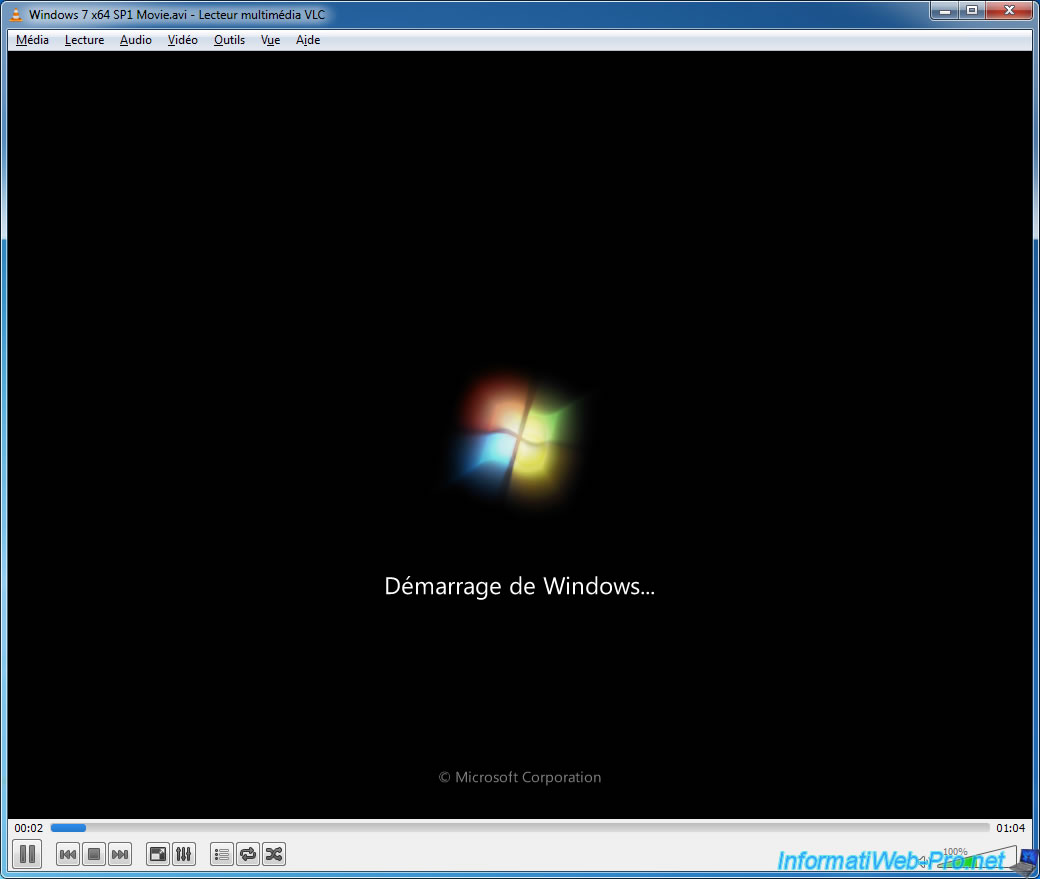 The only problem with these videos is that they are encoded with a proprietary VMnc codec created by VMware.
For example, to edit videos, you can use the 32-bit version (NOT the 64-bit version) of VirtualDub 1.10.4.

Try to open the video via the File menu of VirtualDub (which supports avi files, for example). 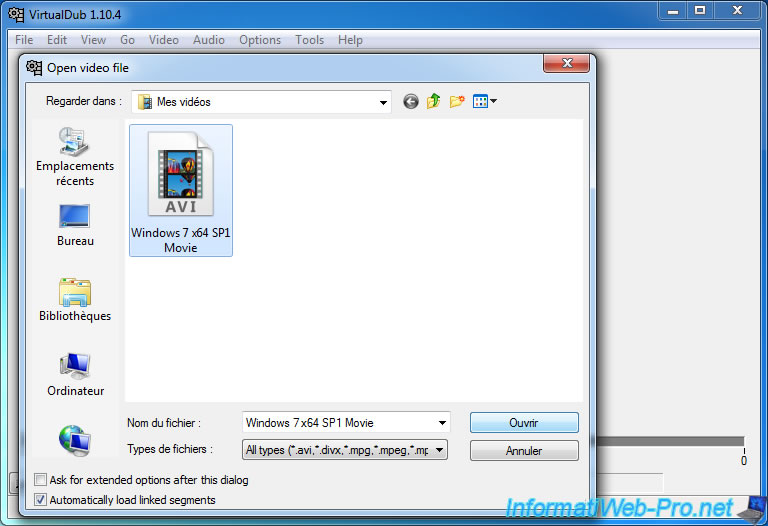 And an error occurs because of the proprietary VMware codec.

The only important information in this error is the name of the missing codec : VMnc.

Indeed, if you go in the menu "Video -> Compression" of VirtualDub, you will see that the VMnc codec is not there. 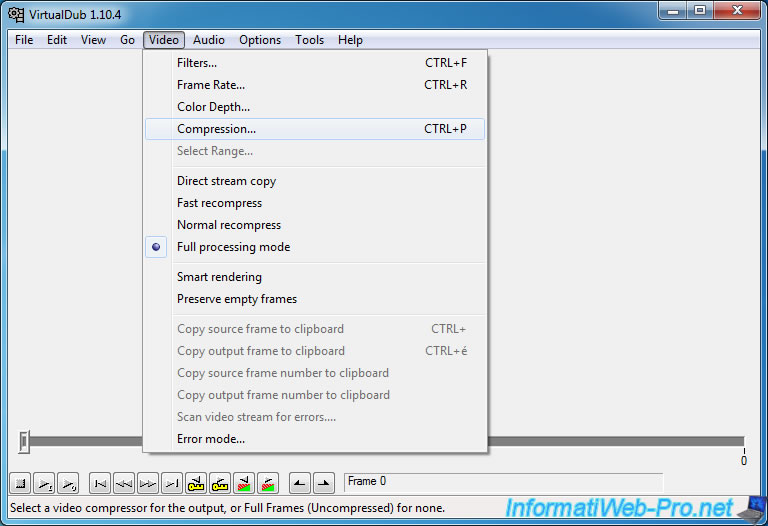 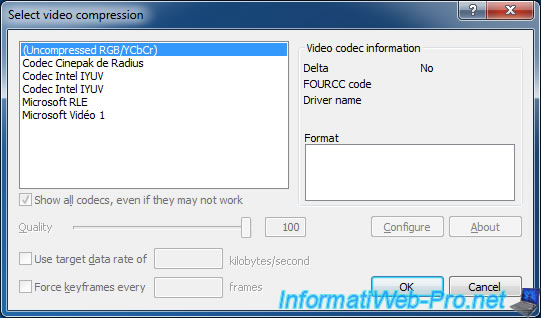 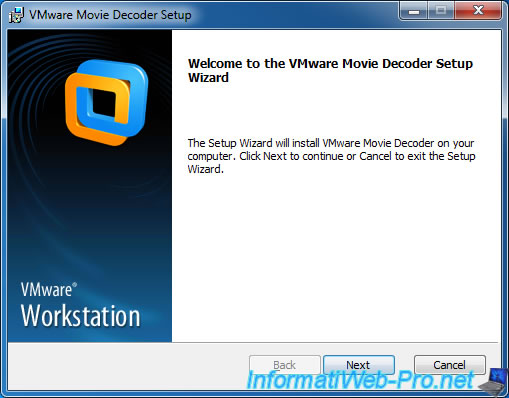 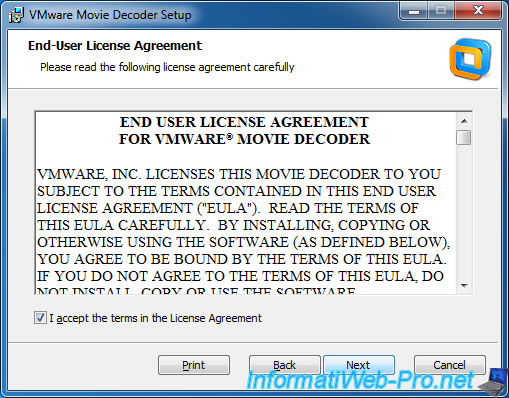 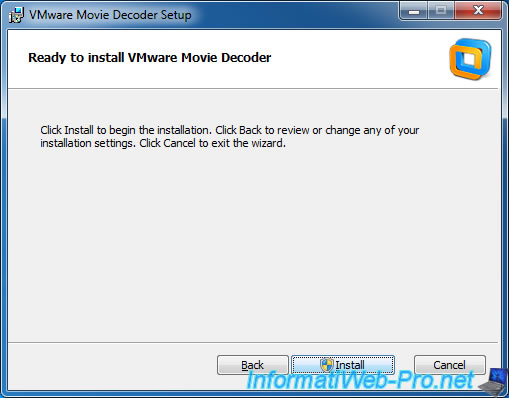 The codec is installed. 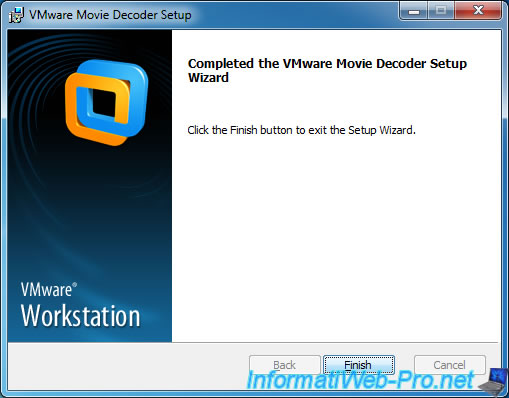 2.3. Edit the video in VirtualDub

Open the video with VirtualDub. 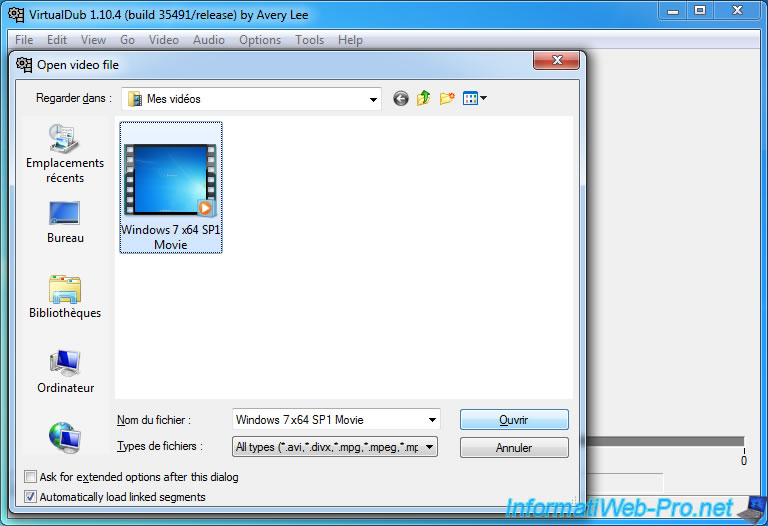 And it now appears without problems in VirtualDub.
Which was not the case before. 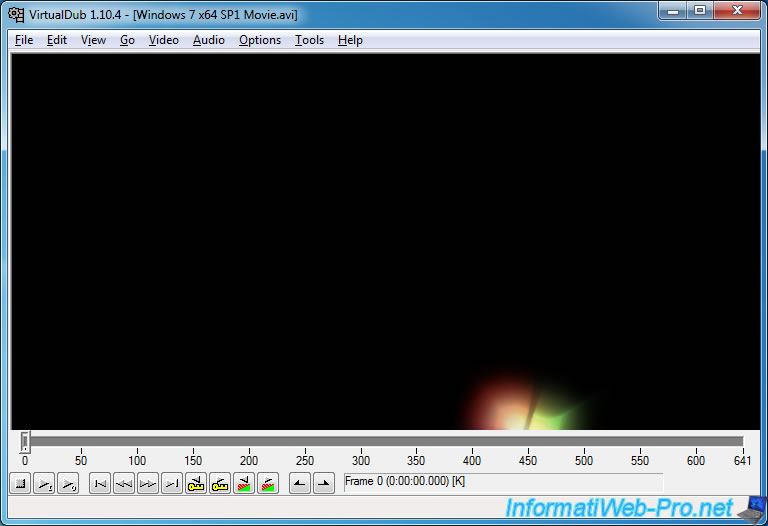 If you go back to "Video -> Compression", you will see that the VMnc v2 (or VMnc) codec has appeared.
Nevertheless, this codec will only allow to uncompress the video and not to recompress it after modification.
Which means that you will have to use another codec to compress it again (for example : Xvid). 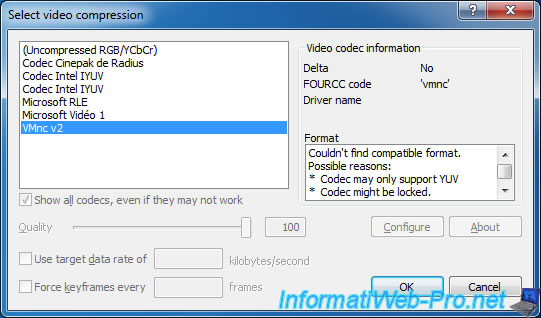