As you can see, currently, the version of our VMware ESXi server is 6.7.0. 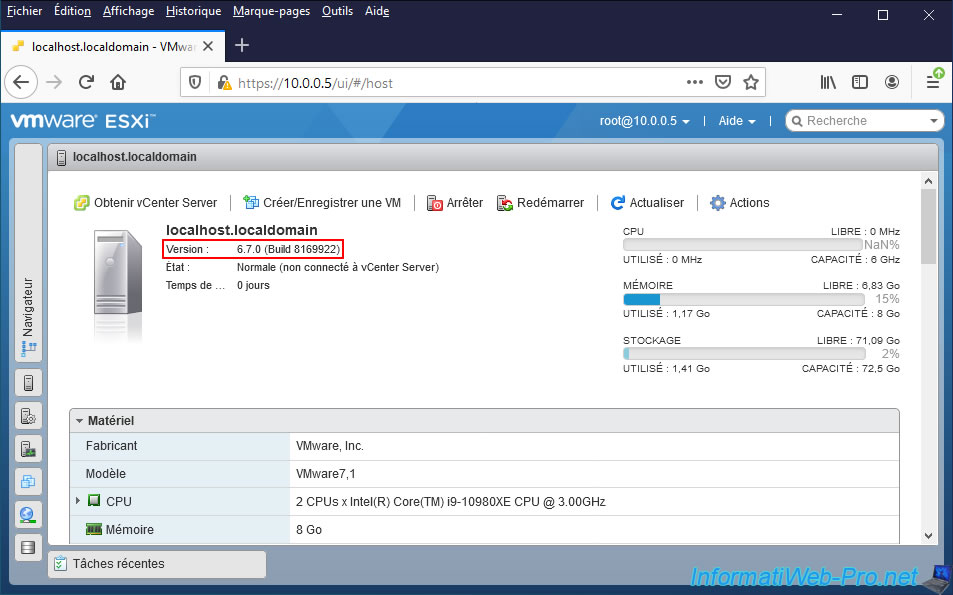 2. Check the compatibility of your hardware with the new version of VMware ESXi

Before upgrading your VMware ESXi hypervisor to a more recent version in business, it's essential to verify that it's supported by your hardware.
To do this, go to the "VMware Compatibility Guide" page of the official VMware website.

Note that in business, it's very important to follow this compatibility information to be able to benefit from VMware support in the event of a problem.
However, in the case of a lab or a test environment, you can install the new version and it will work in the majority of cases.

In this tutorial, we will take the example of the "ProLiant ML110 Gen10" server from HPE (Hewlett Packard Enterprise).
To verify that this server is compatible with ESXi 7.0 Update 2 that we want to install, we select :

Then, click on the blue "Update and View Results" button. 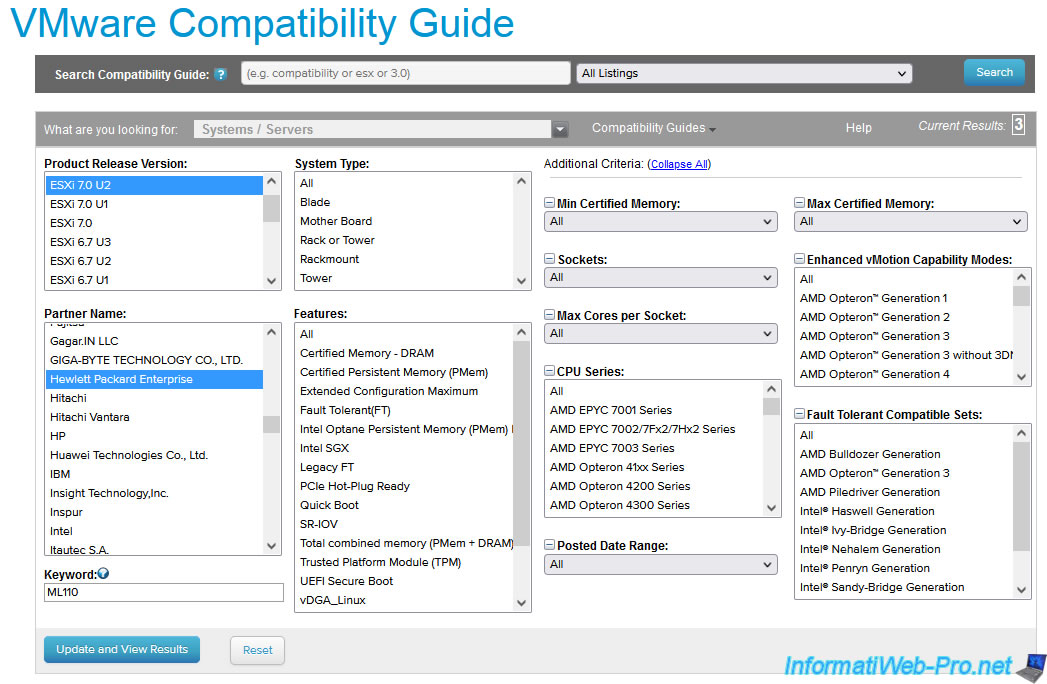 Configure your server's BIOS to boot from its CD/DVD drive if there is one.
Otherwise, create a bootable USB key from the VMware ESXi ISO file and boot from it. 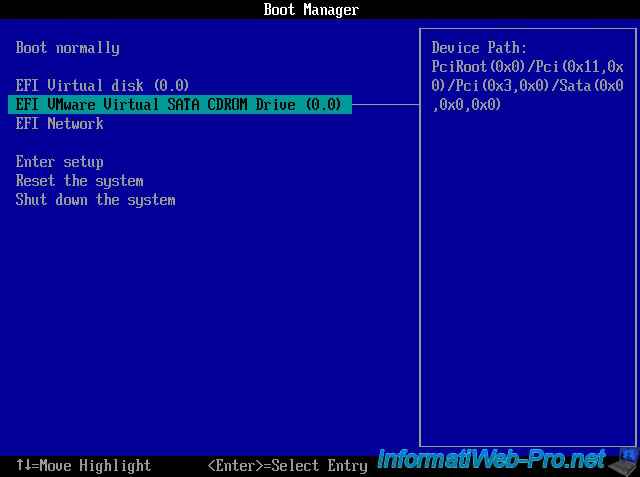 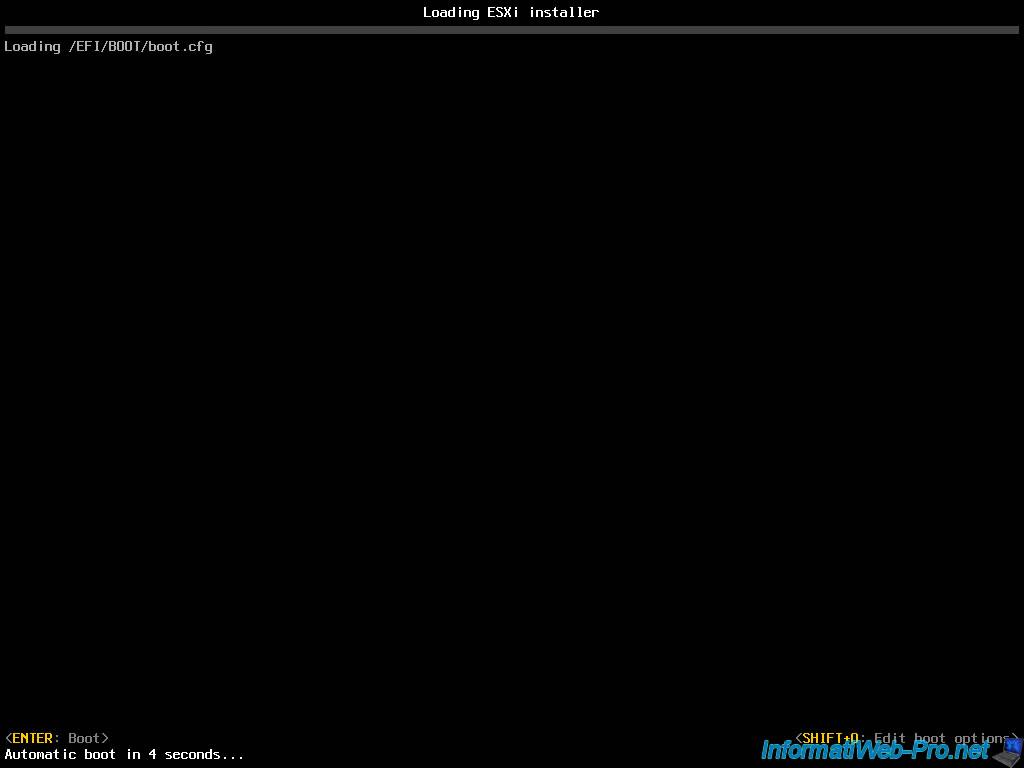 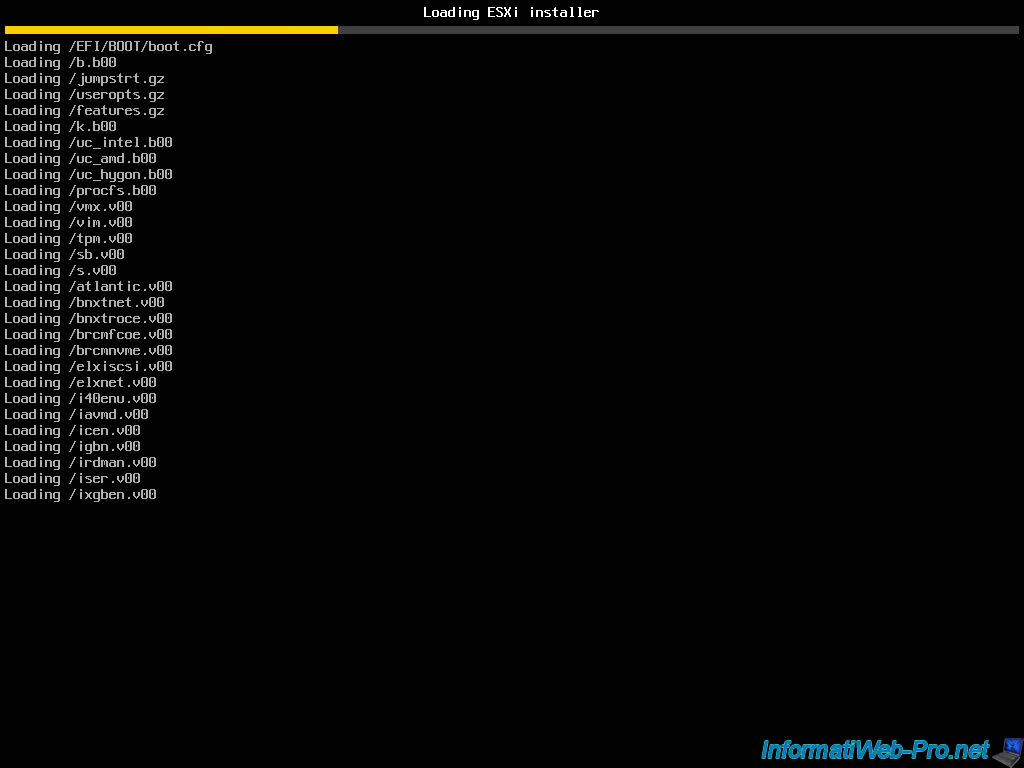 The startup of the VMware ESXi installer continues. 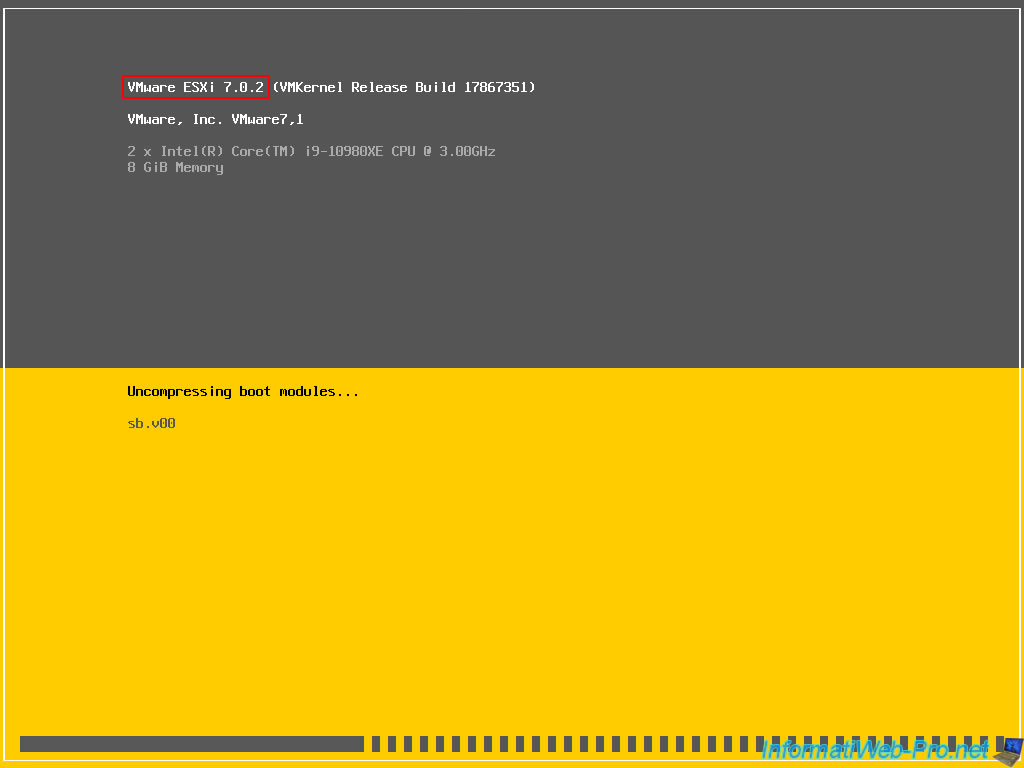 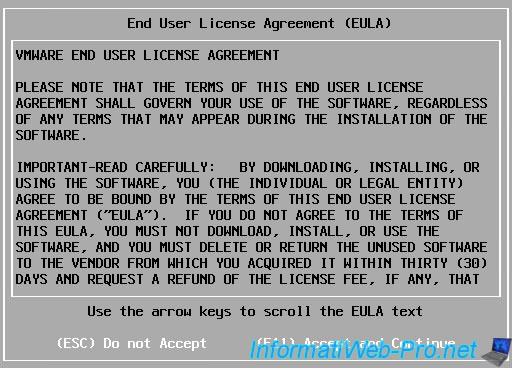 Wait while your server is scanned.

Select the physical disk where your old version of VMware ESXi is installed and press Enter. 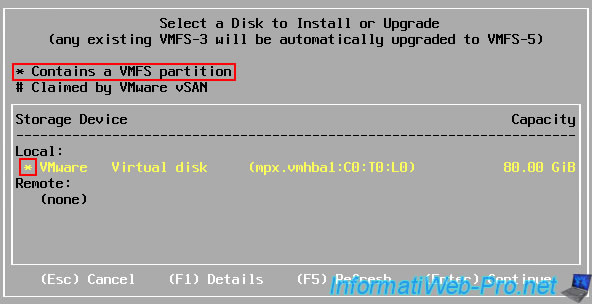 The installer scans the selected disk.

As expected, the installer will detect your installation of ESXi, as well as the VMFS datastore.

The installer therefore offers you 3 choices : 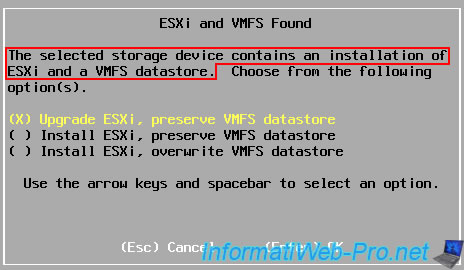 The installer will scan your system.

Once the upgrade is complete, you will see this message :

As requested in yellow, remove the VMware ESXi installation CD and restart your server. 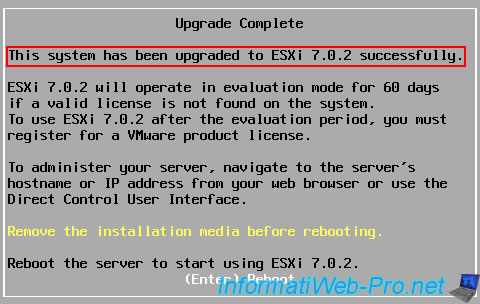 The "Rebooting Server" message appears for a few seconds.

Your server restarts on its physical disk and the "Loading VMware ESXi" message appears. 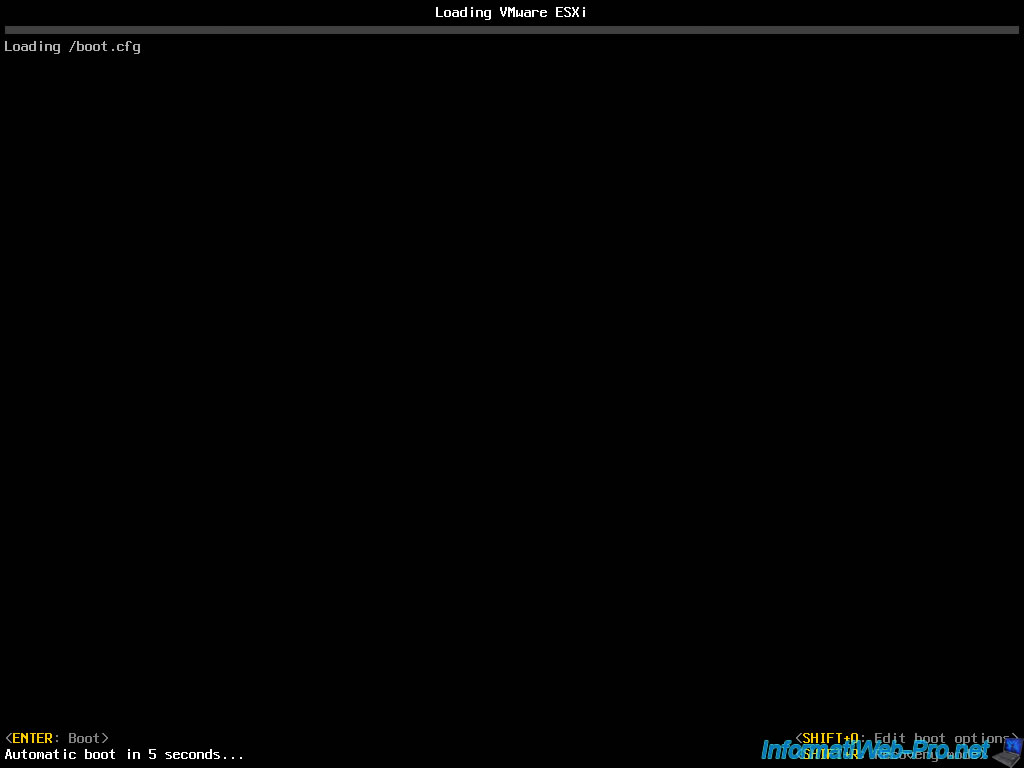 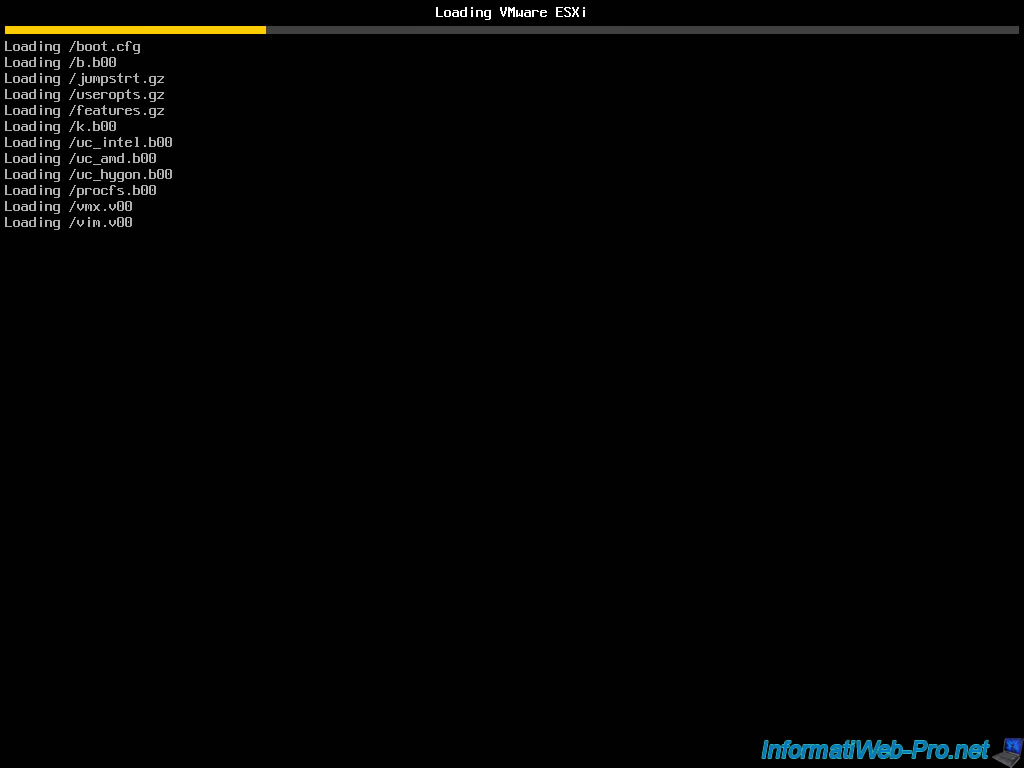 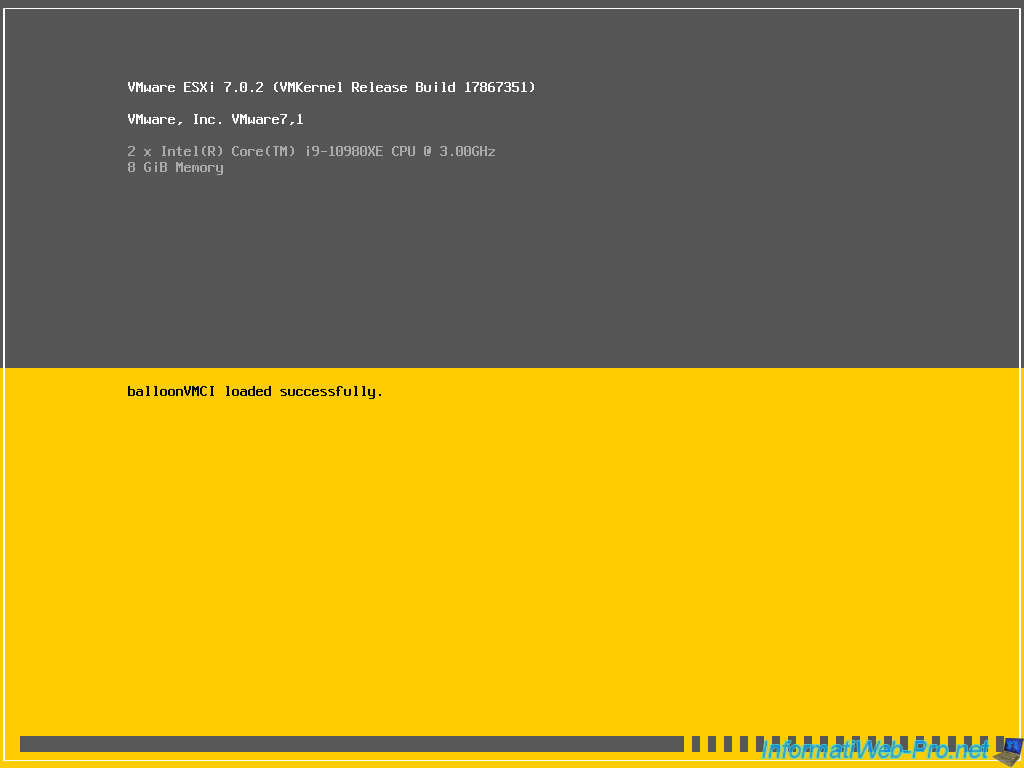 VMware ESXi is started.
As you can see at the top of the screen, we are now in version 7.0.2. 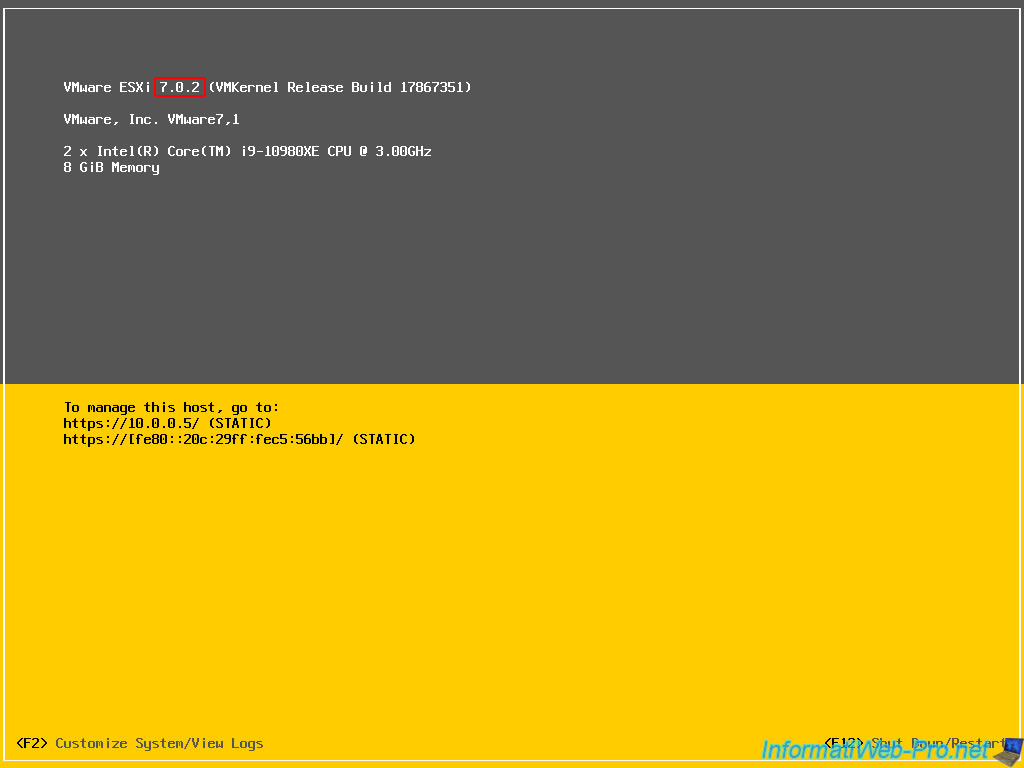 You will also be able to see this in its web interface.
As expected, this is version 7.0 Update 2 of VMware ESXi. 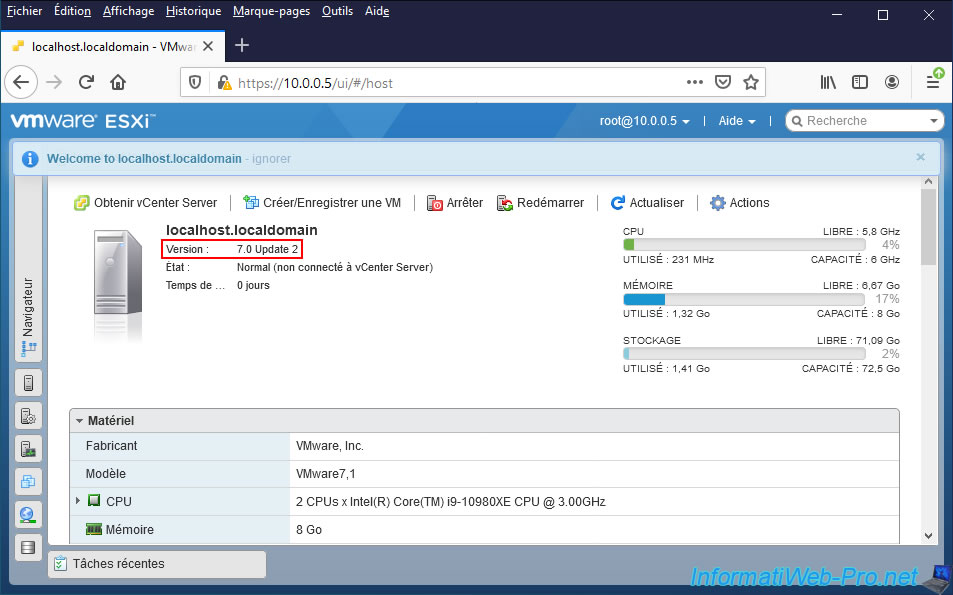