Internet and especially the web are based on the DNS system and the very large number of domain names that exist at the moment.
If you have already bought a domain name on the Internet or consulted the whois of a domain, you will have surely noticed that the domain is always managed by at least 2 DNS servers (created by the host where the user bought his domain name).

Since only one DNS server can be authoritative for each zone, it was necessary to find a technique to obtain a certain fault tolerance.
This technique consists in creating at least 2 DNS servers :

1. Create a DNS zone on a secondary DNS server

To begin, create your primary (primary) DNS server by following our tutorial : Windows Server 2012 / 2012 R2 - Create and configure a DNS server, as well as delegate subdomains
Then, install the "DNS Server" role on your 2nd server. 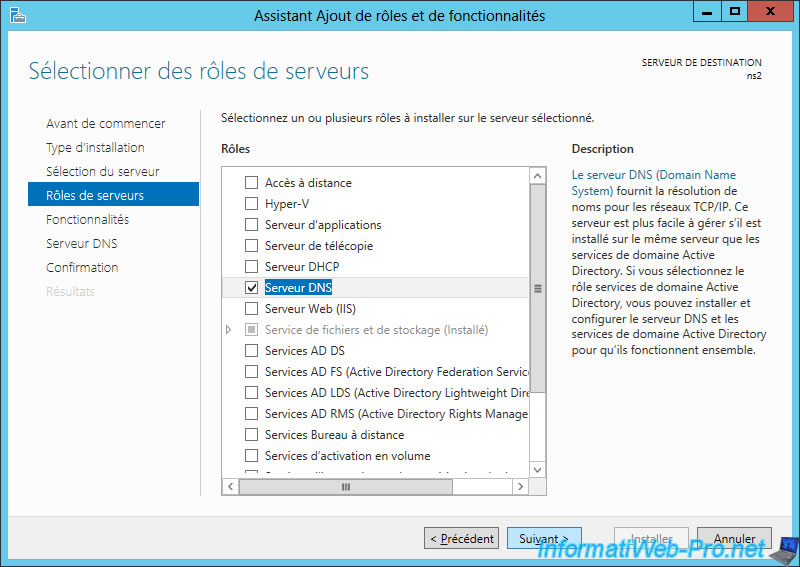 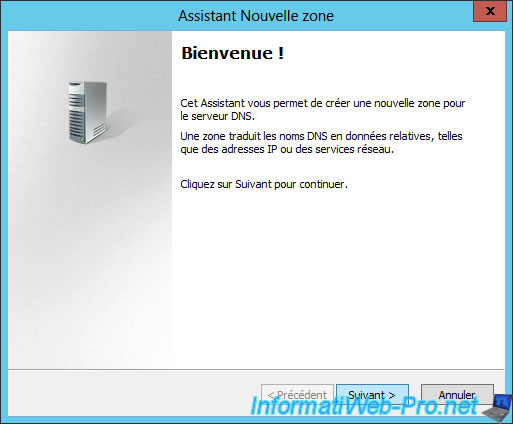 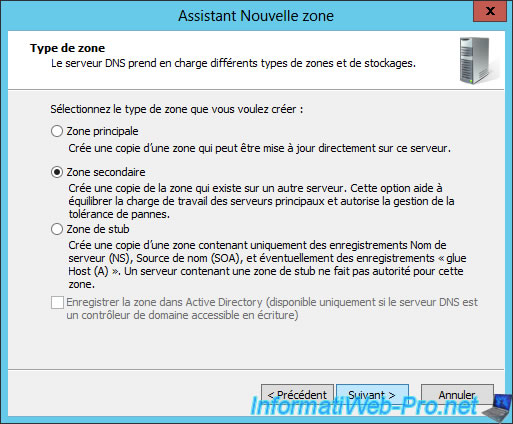 Specify the name of the zone that you manage on your primary DNS server and that you want to replicate to your secondary DNS server. 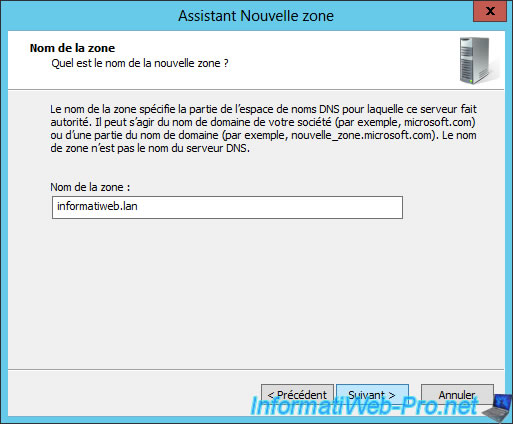 Specify the IP address of your master (primary) DNS server where you are currently managing this zone. 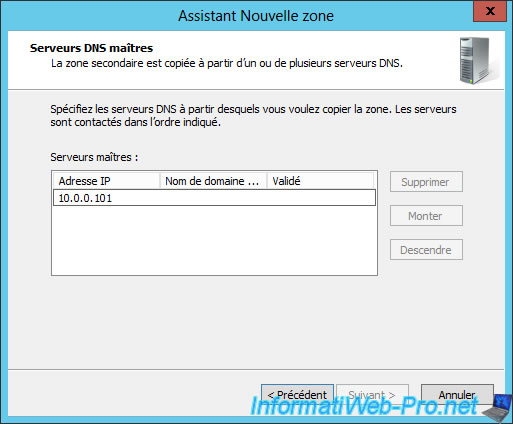 If all goes well, the validation will succeed. 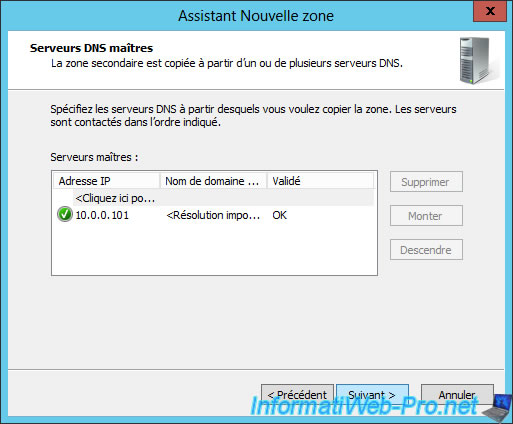 The secondary zone has been created. 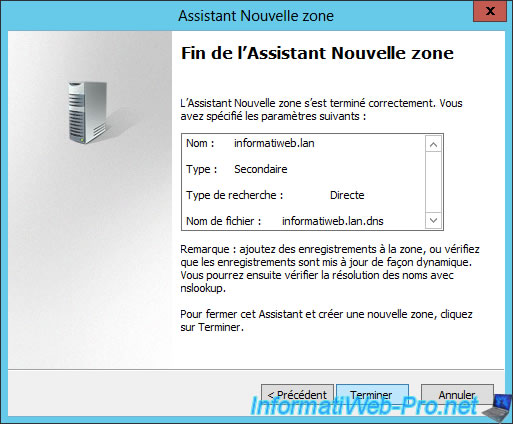 After the secondary zone is created, the "Zone Not Loaded by DNS Server" message may be displayed.
In order for the DNS server to obtain a copy of the zone from your primary DNS server, you must first authorize the transfer of the zone to your secondary DNS server. 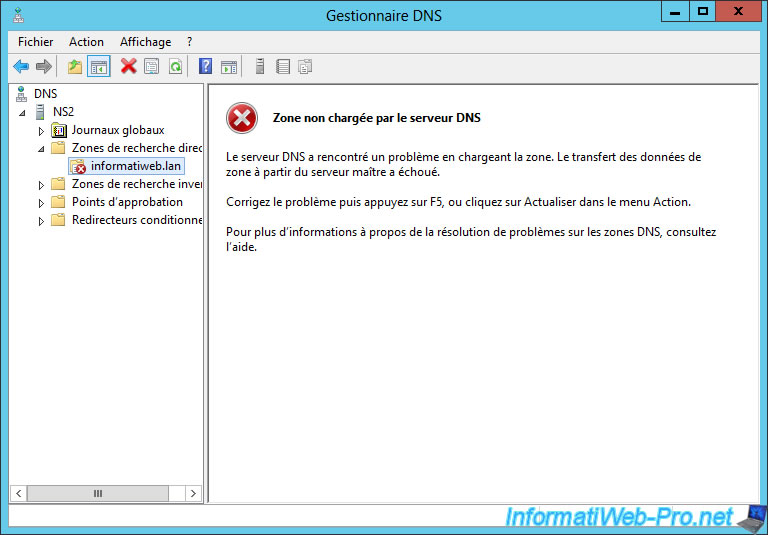 2. Allow the transfer of the DNS zone

To allow the transfer of the DNS zone from the master (primary) server to the secondary server, go to your primary DNS server and create a new host (A or AAAA). 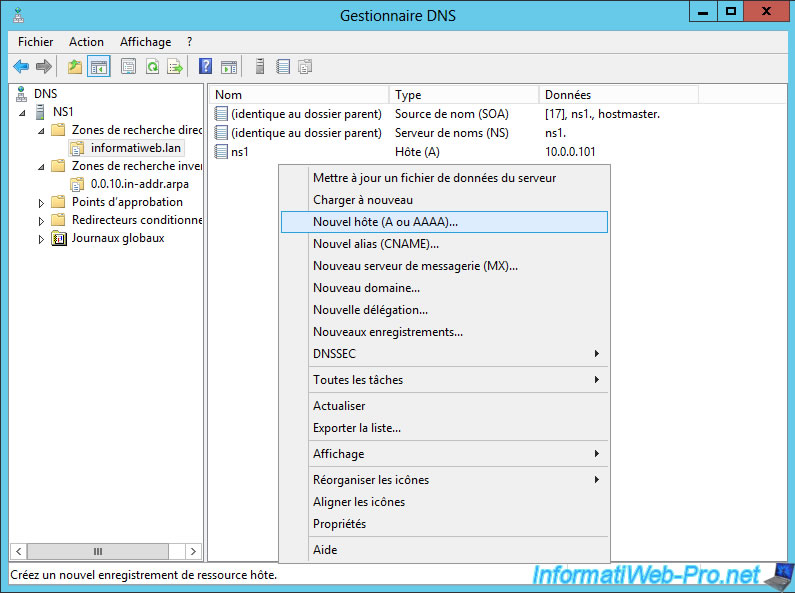 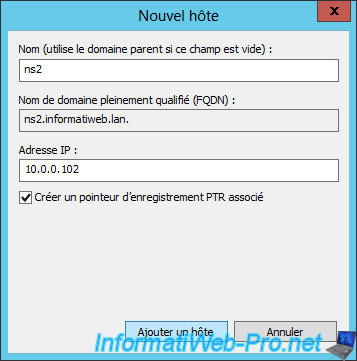 Then, go to the properties of your main DNS zone and add a name server. 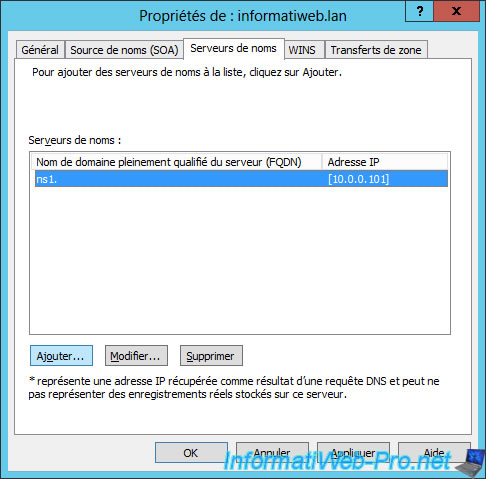 Add the name or IP address of your secondary DNS server and click : Resolve. 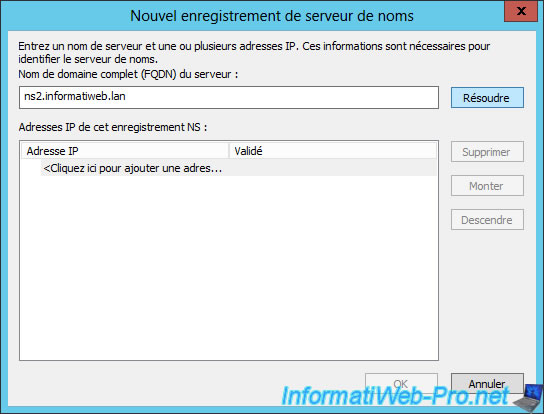 The secondary server is obviously not authoritative for this zone. 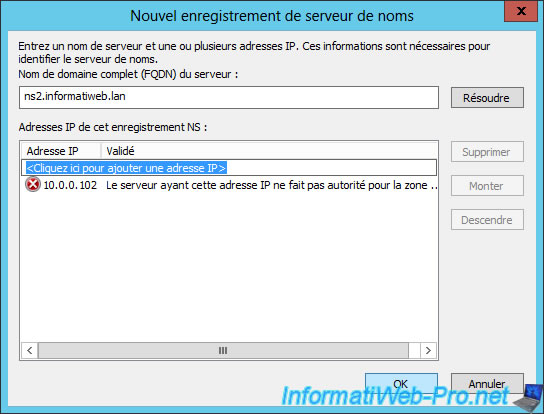 Now, your 2 DNS servers are referenced as name servers for this zone. 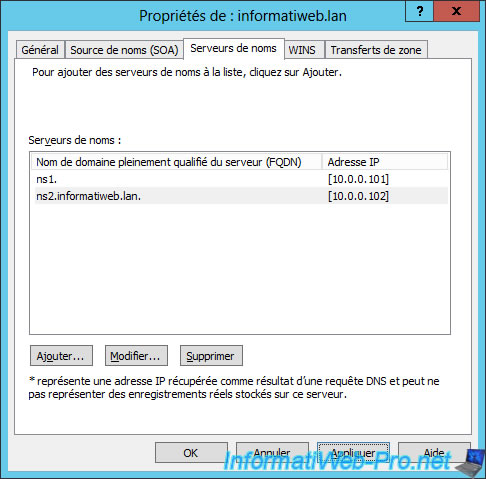 Finally, authorize the transfer of the zone to the servers listed in the Name Servers tab. 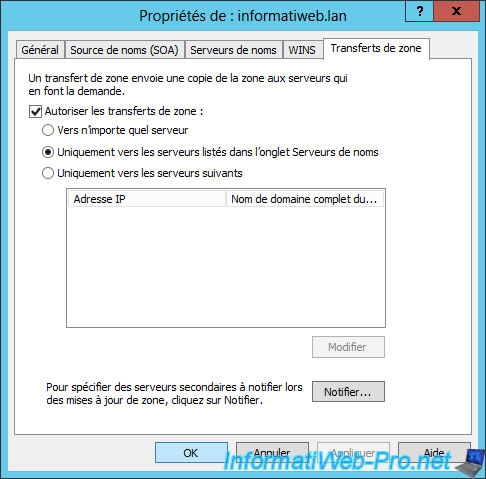 As you can see, our secondary DNS server (ns2) is well referenced as a name server for this zone.

If we try to get the IP address corresponding to the "ns1.informatiweb.lan" domain using the nslookup command on our main DNS server, we get the same IP address from our 2 DNS servers.

As explained in our previous tutorial, for each change, Windows Server automatically increment the serial number of the zone.
This serial number allows secondary DNS servers to know if the zone has been modified since the last time they received a copy of this DNS zone.

Currently, the serial number of our DNS zone is : 19. 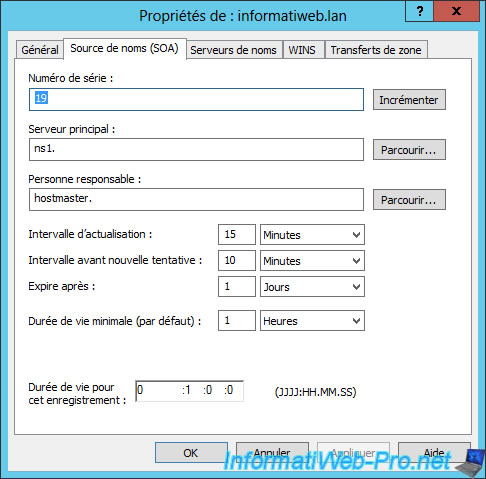 We create a new record on our primary DNS server. 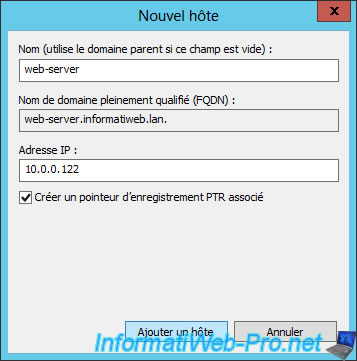 And Windows Server automatically increments the serial number of our DNS zone. 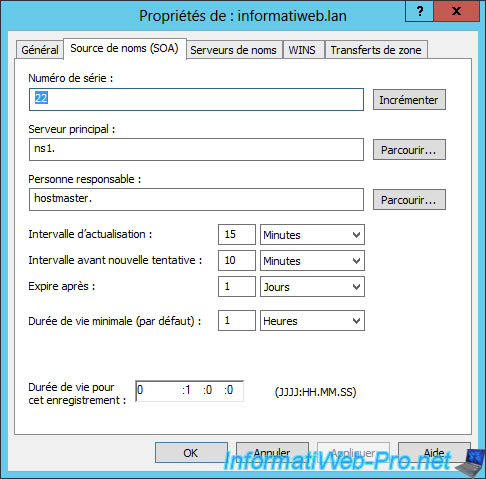