In this tutorial we will install "Windows Server 2008".

Once you have started on the CD you will see a screen like below. Select your language and the language of your keyboard. 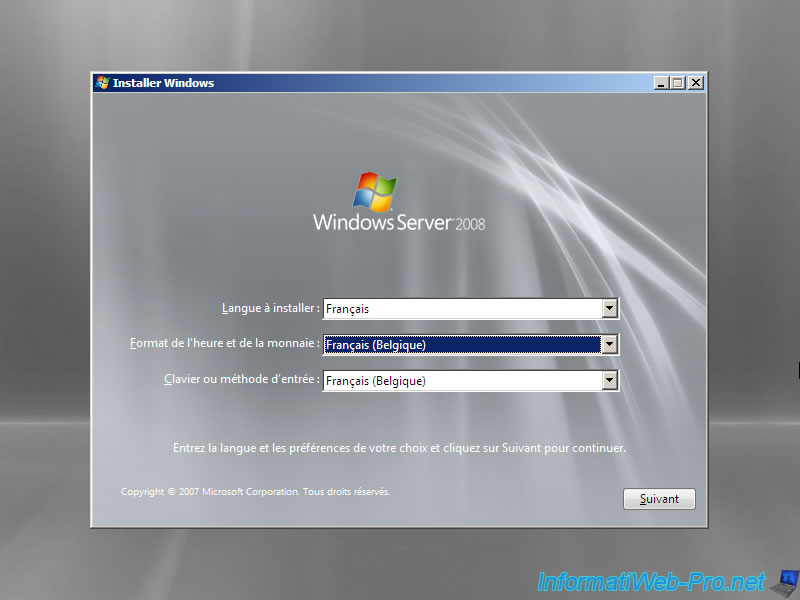 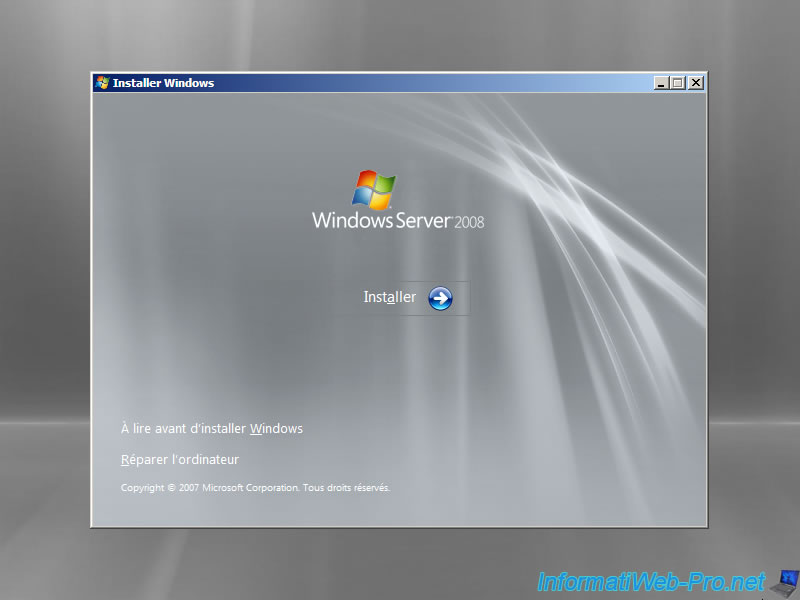 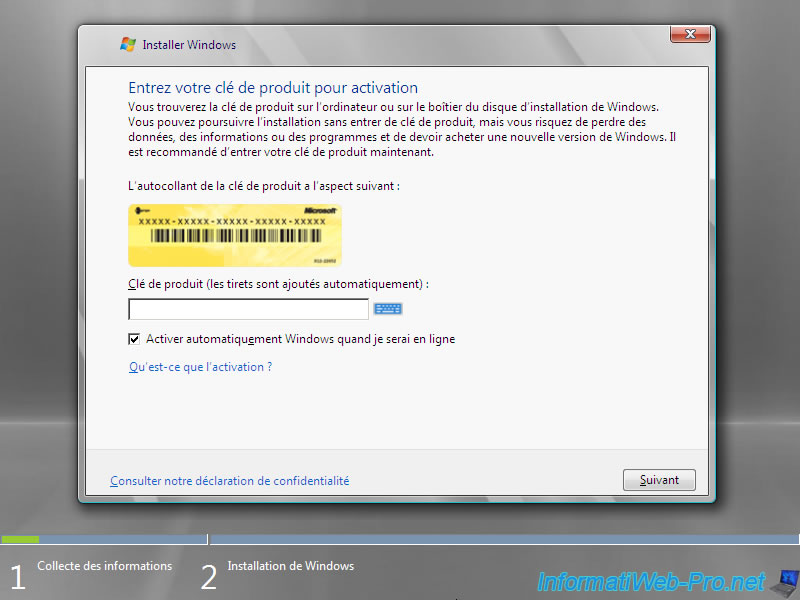 If you have not entered a serial number, you can choose between several versions of Windows Server 2008. Warning has to choose the edition you have purchased if you want to active it later as the serial number of an edition is obviously not true for others. The wizard asks you to also check the box below about this. 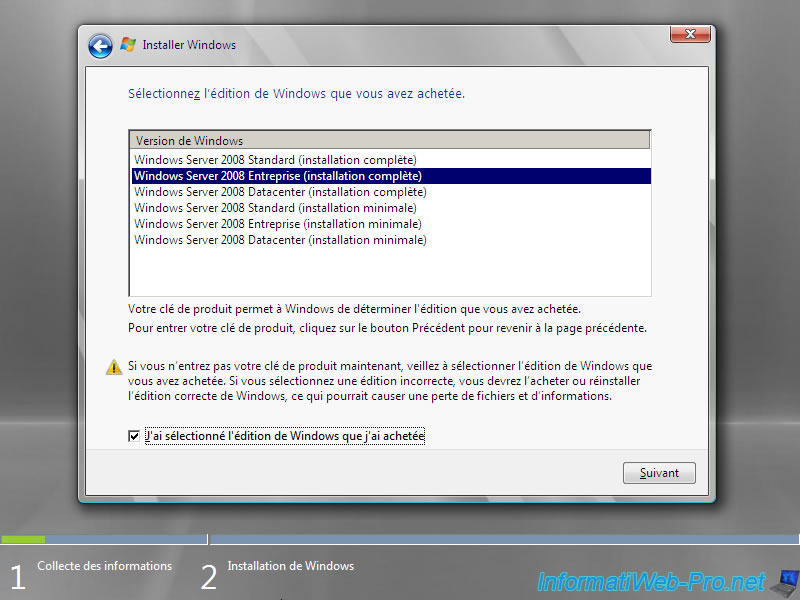 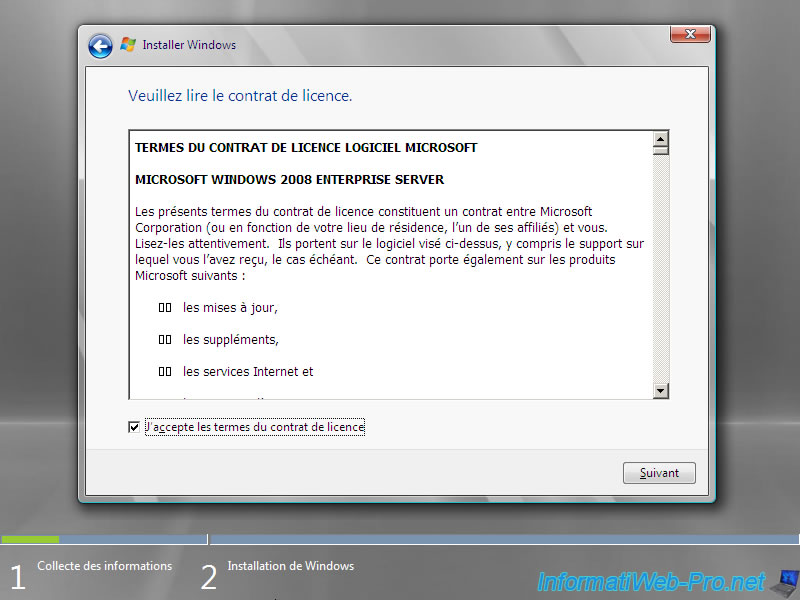 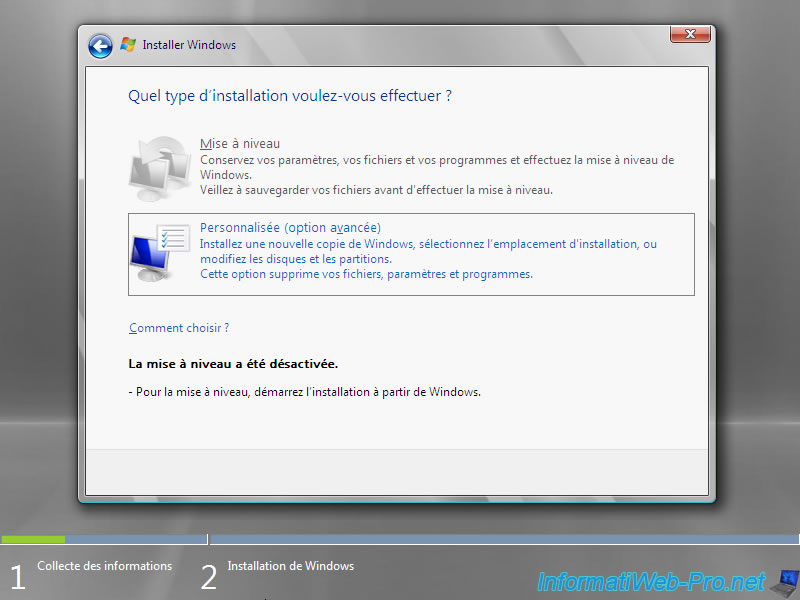 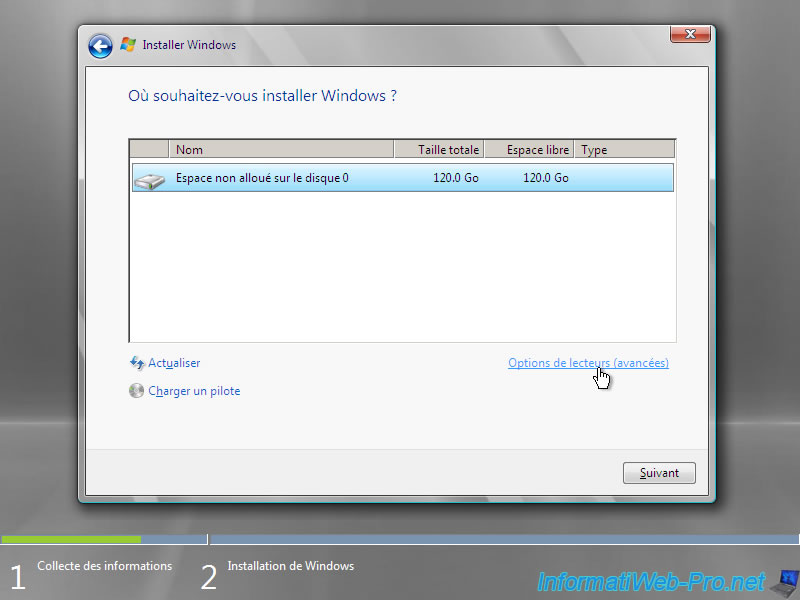 Be aware that Windows server is something very sophisticated and there are many features to it is therefore advisable to put at least 2 partitions. One for the OS (Operating System : Windows Server 2008 in this case) and the second for disk backups. 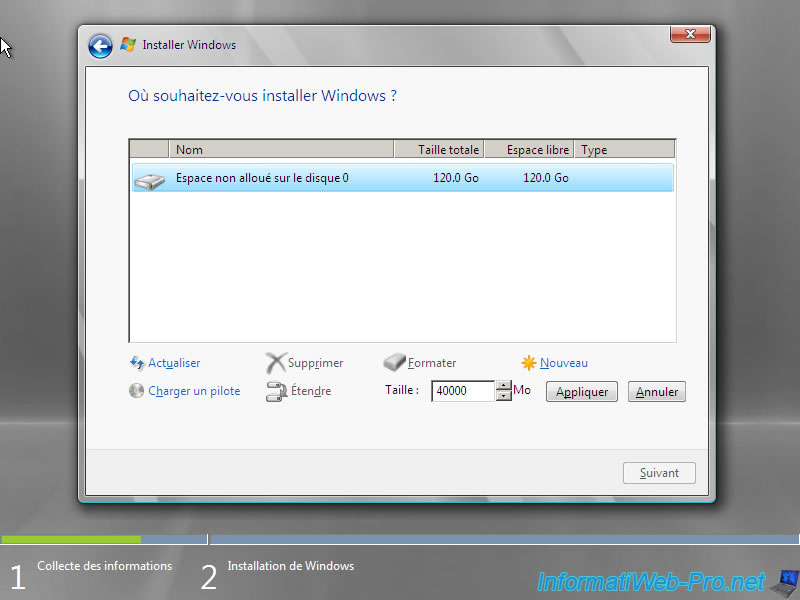 Once created 2 partitions, select the first and click Next. 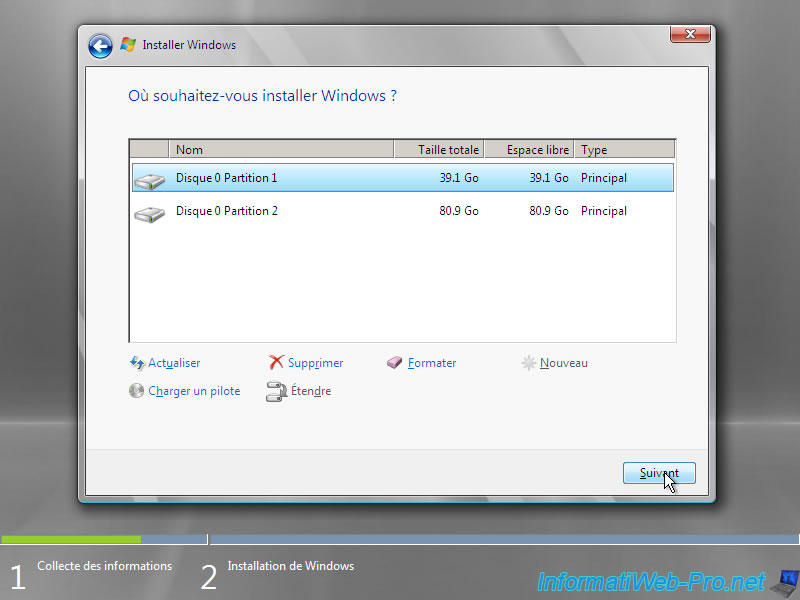 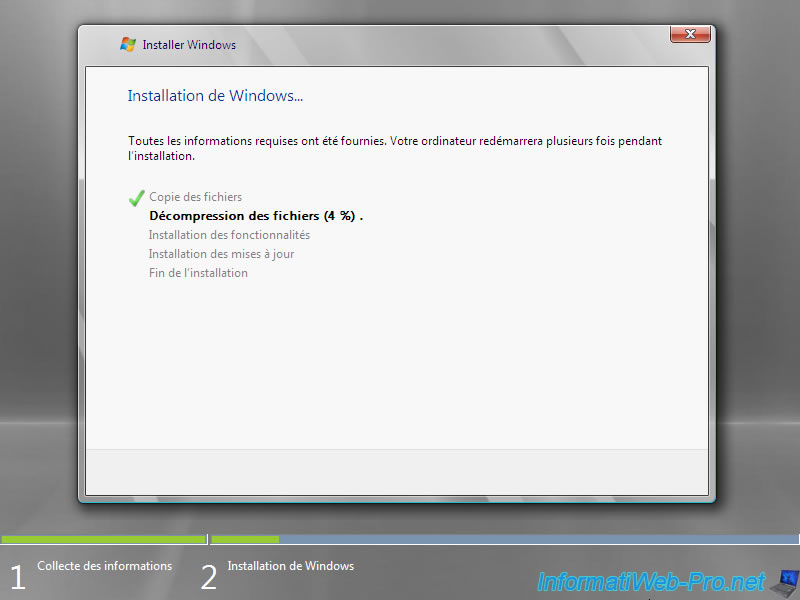 Towards the end of the installation, the computer restarts. Warning, do not press any key during the reboot. The wizard automatically reappear. 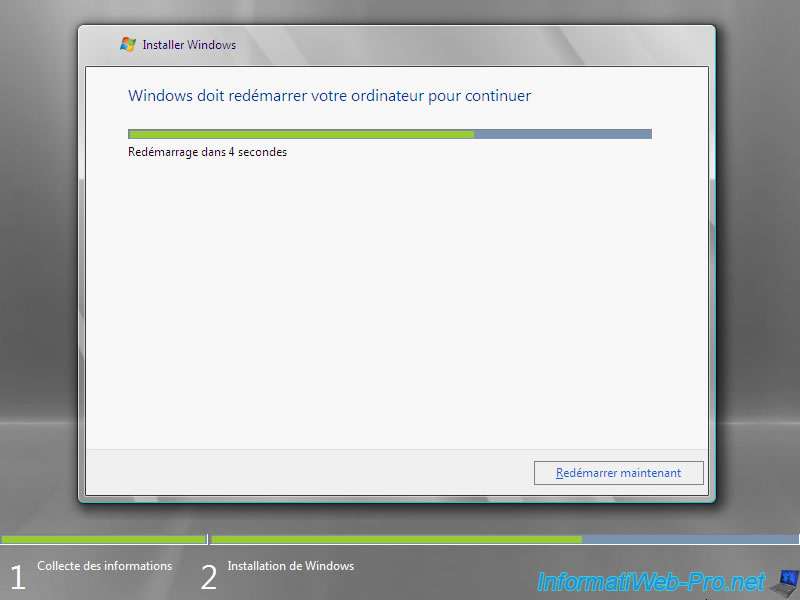 The installation completes before restarting the computer finally start on Windows Server 2008. 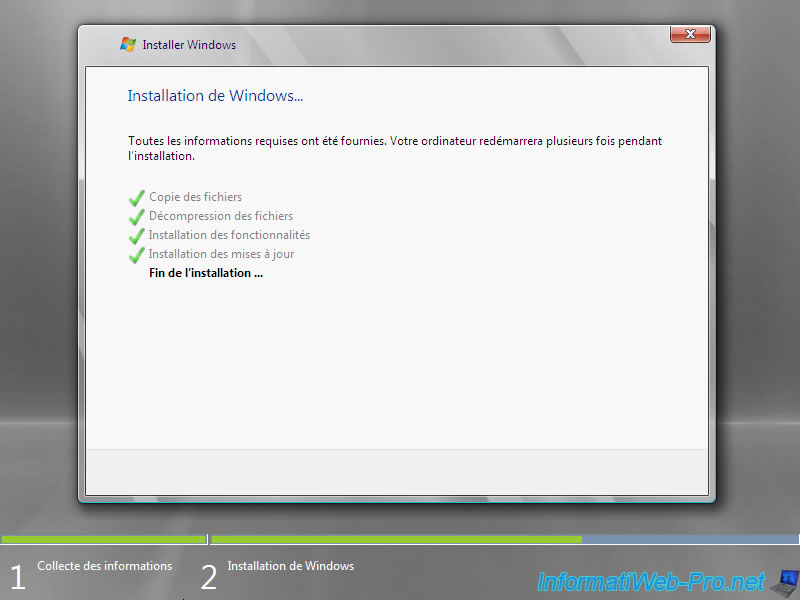 After the computer starts, Windows will ask you to change the Administrator password which is empty for now. Click OK. 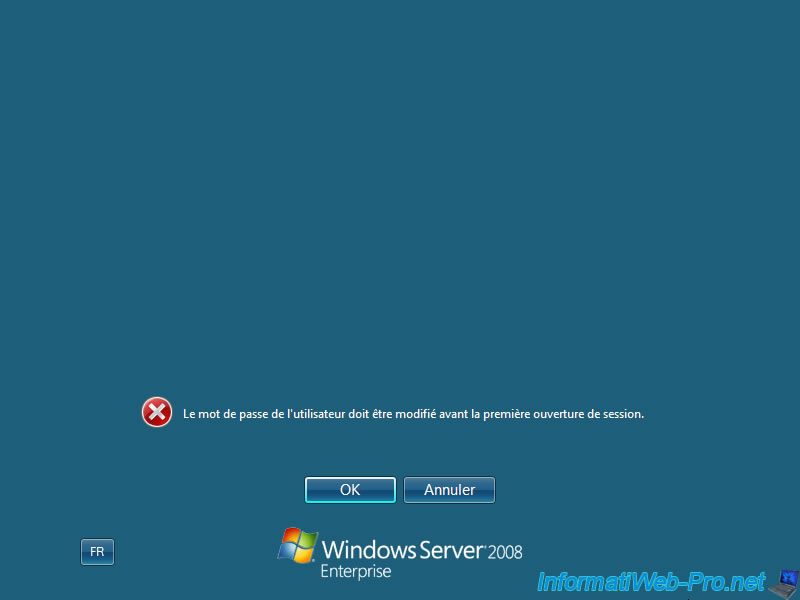 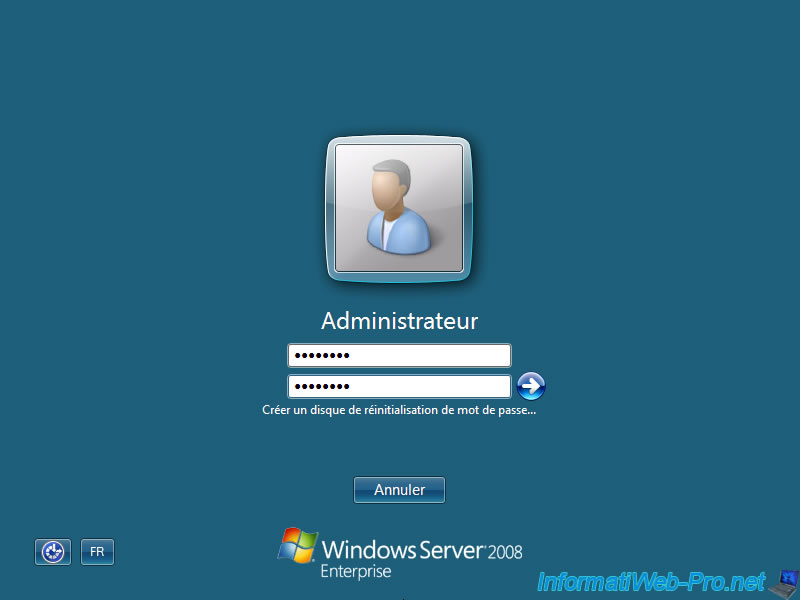 If you entered a password complying with safety rules, Windows will display "Your password has been changed". 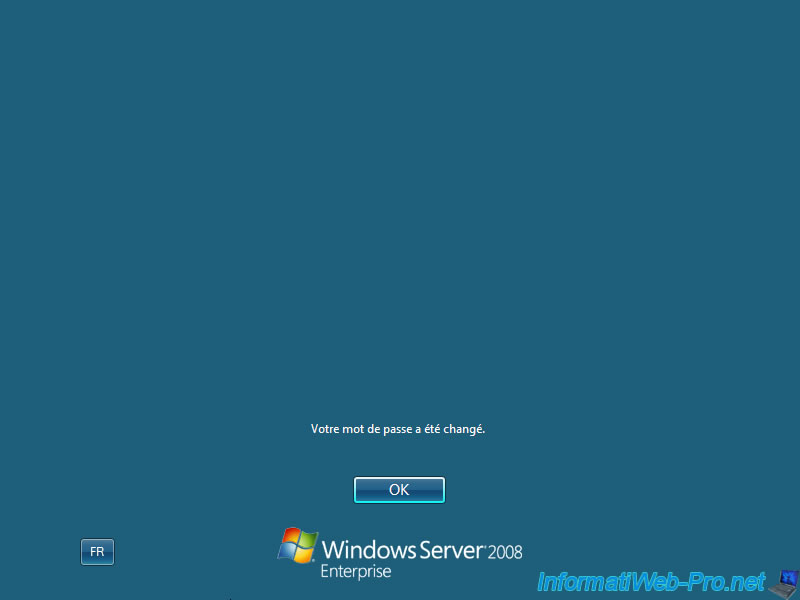 Once connected to your server, a window named "Initial Configuration Tasks" will be displayed. Closing this window, another window will appear. 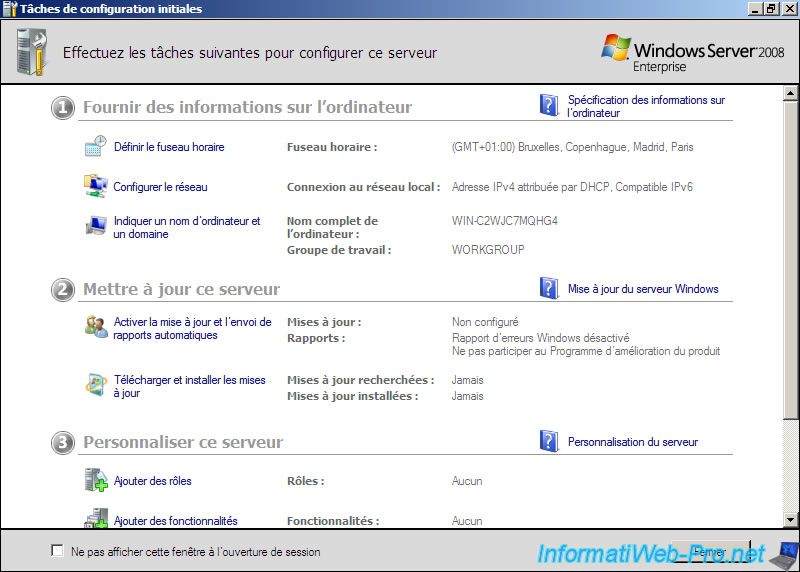 The "Server Manager" window appears. In the left column you can see the word "Roles". This is what allows for adding roles / features to your server. 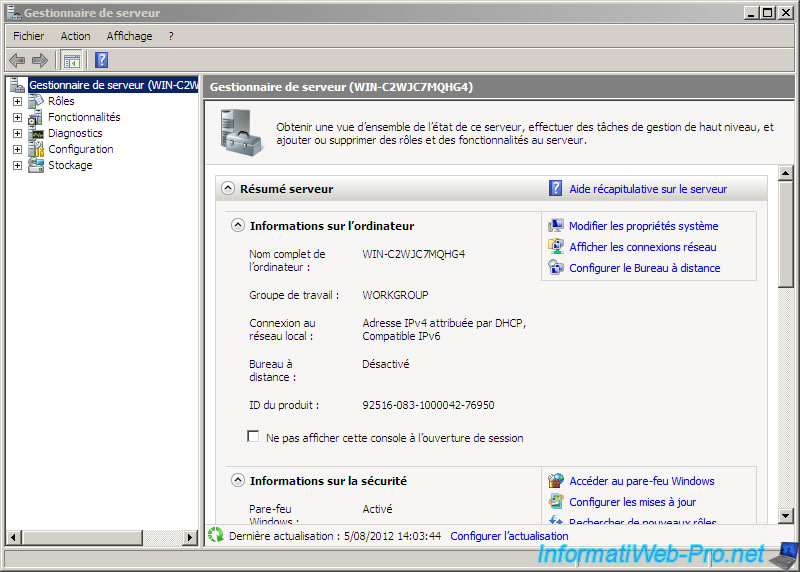