When you create an Active Directory infrastructure, you have the option of creating user groups with a specific scope and type.

Groups allow you to :

To create a new group on your Active Directory infrastructure, right click "New" on the organizational unit (OU) or container (CN) where you want to create it.
As you can see, you can choose a group scope and a group type.

For group scopes, you can choose between :

For the group's type, you have the choice between :

To show you the difference between a security group and a distribution group, we will create 2 groups :

To learn more about the types and scopes of groups, refer to the Microsoft site : About Active Directory groups 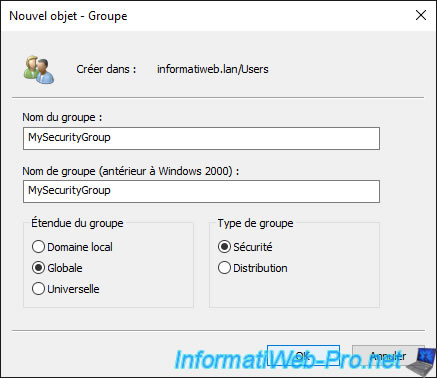 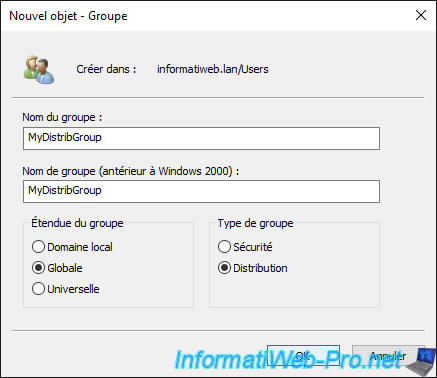 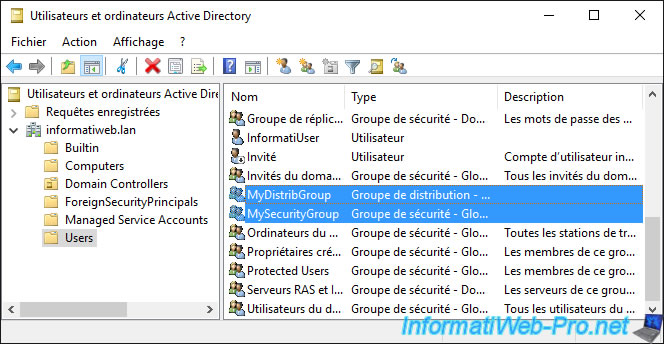 As mentioned earlier, distribution groups are used for sending mail (through Microsoft Exchange, for example).

Warning : distribution groups don't have a security identifier (SID) and therefore can't be used to assign NTFS rights on folders, ... 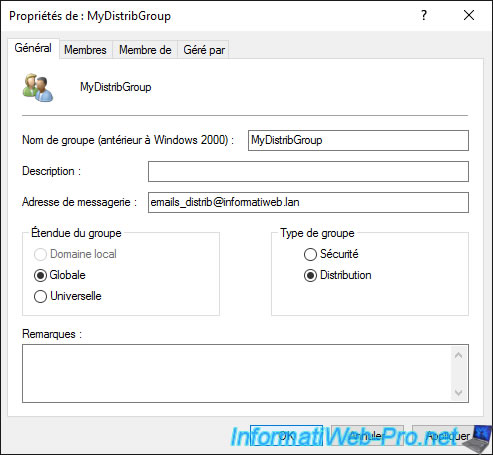 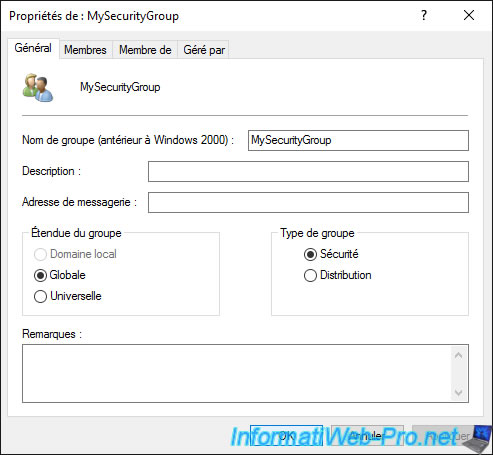 Thanks to security groups, you can, for example, manage NTFS rights on folders.
To do this, right click on a folder and go to the "Security" tab.
Then, click on Edit. 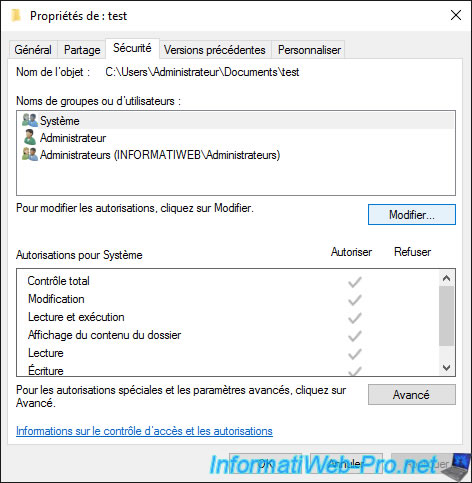 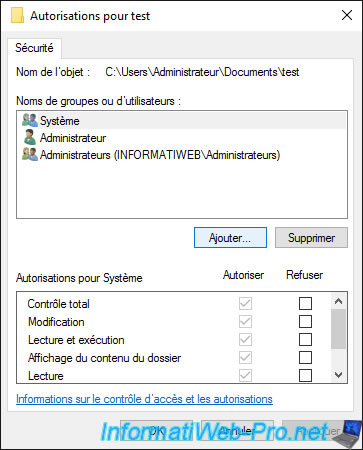 If you search for the groups available in your Active Directory domain, you will see that only the security group will be displayed.
This proves that distribution groups can't be used to manage NTFS rights on folders. 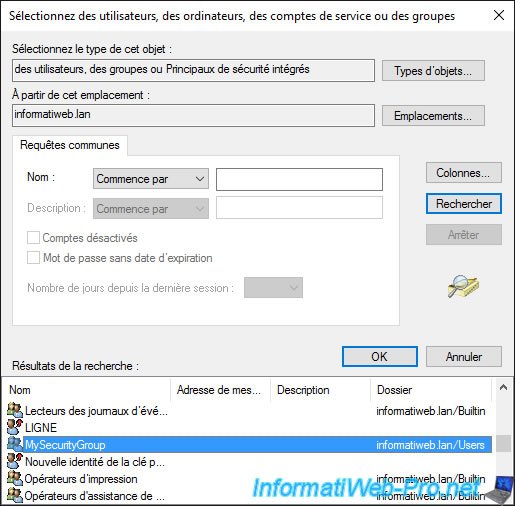