Although Windows Server 2012 is not officially supported by Intel for the Intel NUC Skull Canyon (NUC6i7KYK), it's still possible to run Windows Server 2012 by recovering different drivers from Intel and another source (cited later in this tutorial).

Since this is not officially supported by Intel, Windows may become unstable at some point or some features of Windows Server can not be installed on this NUC.
In addition, it's obvious that this technique should only be used for testing purposes (for example : to test the roles of Windows Server 2012) and not to use this server in production.
So, use this tutorial at your own risk.

Note : although Windows Server 2012 will work correctly using the technique explained in this tutorial, be aware that some functions will not work :

In short, the features mentioned above will not work, but they are also not necessary for a server running Windows Server.

1. Download of the official drivers for the Intel NUC Canyon

On the Intel site, you will see that 3 drivers compatible with Windows Server 2012 are available for this NUC.

To get started, go to the "Downloads for Intel® NUC Kit NUC6i7KYK" page from Intel, select "Windows Server 2012" for the operating system and download the 3 available drivers : 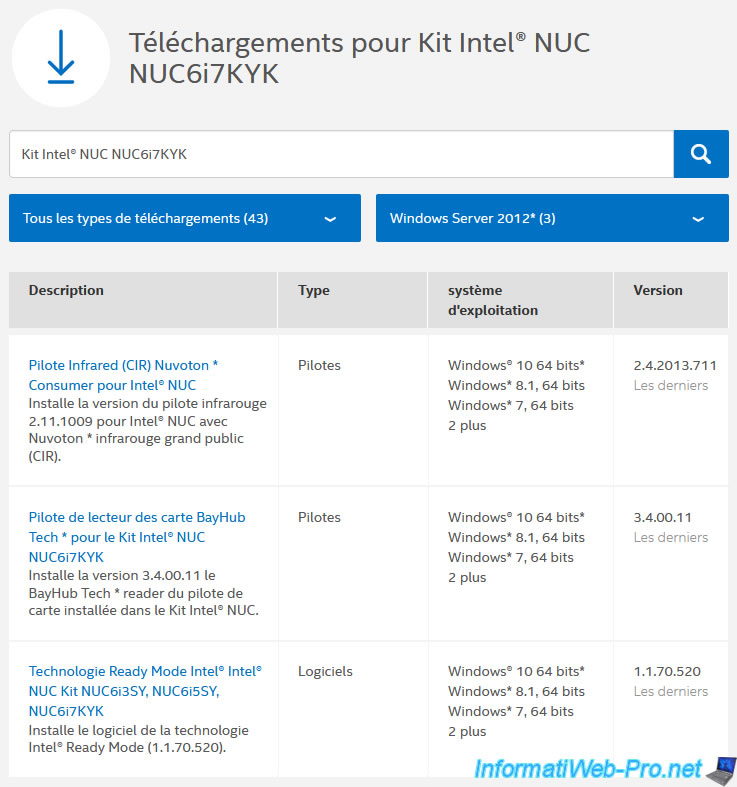 Currently, you have the drivers for :

As well as this software : Intel® Ready Mode

The missing drivers on the third party site are :

So, we downloaded the Windows Server 2012 R2 versions of these drivers from Intel : 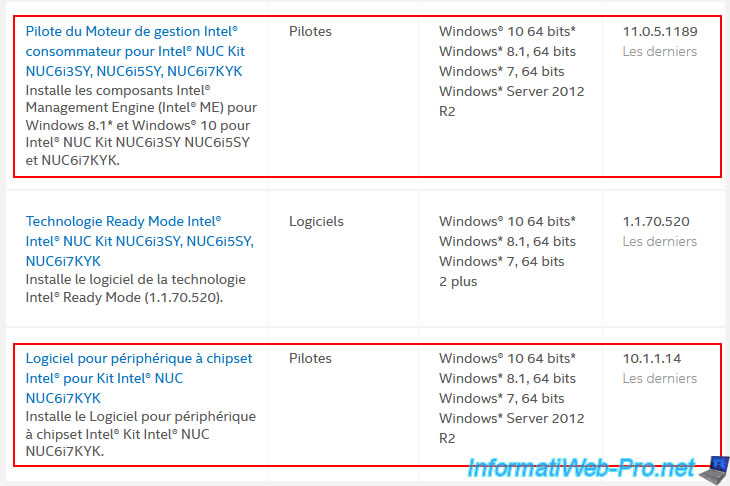 Now, we have the chipset and the Intel Management Engine Consumer Driver that are normally intended for Windows Server 2012 R2.

To check the installation of the drivers of a computer, the easiest way is to use the device manager.
To access it from Windows Server, open the server manager, click "Tools", then "Computer Management". 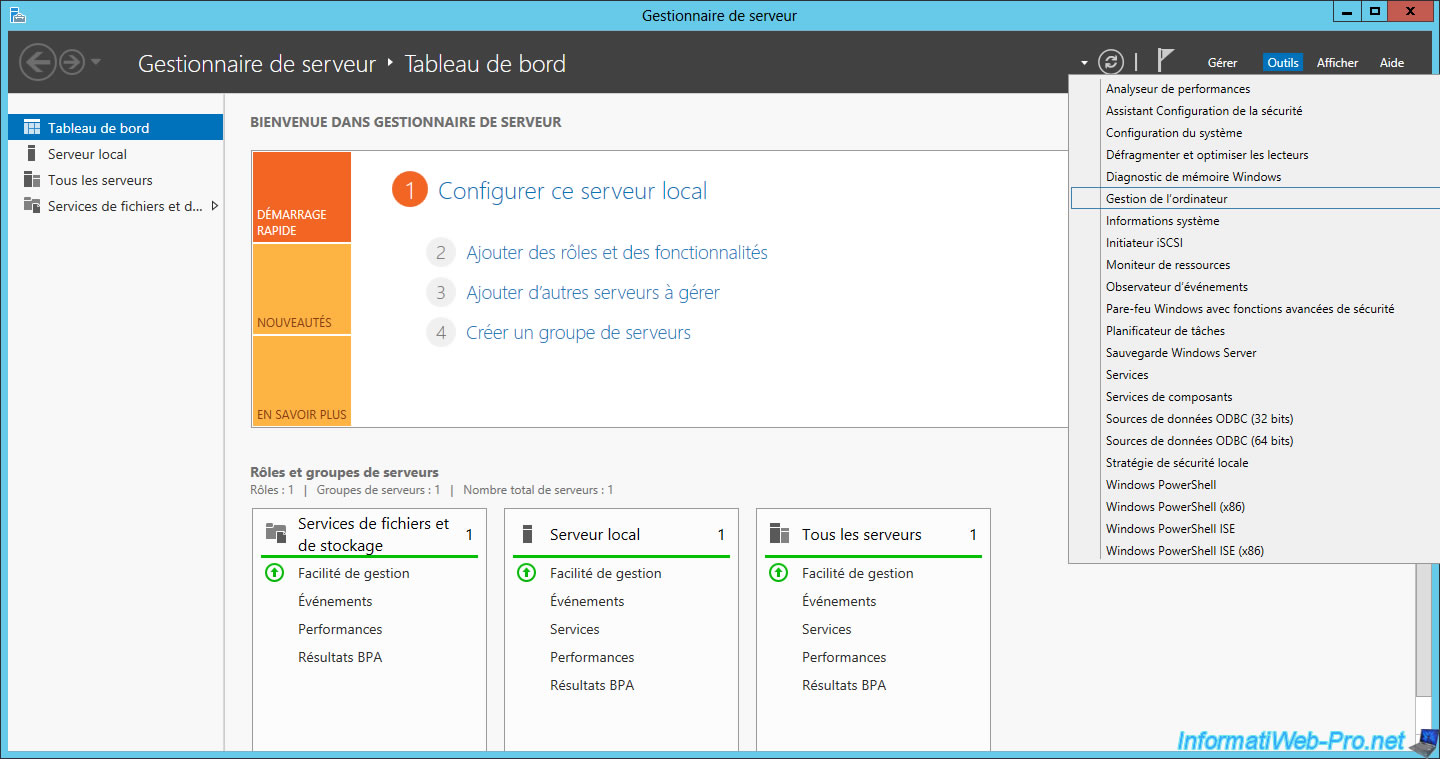 Currently, we have not installed any drivers.
So, there are many devices with a yellow icon (which means that there is no driver installed for the device). 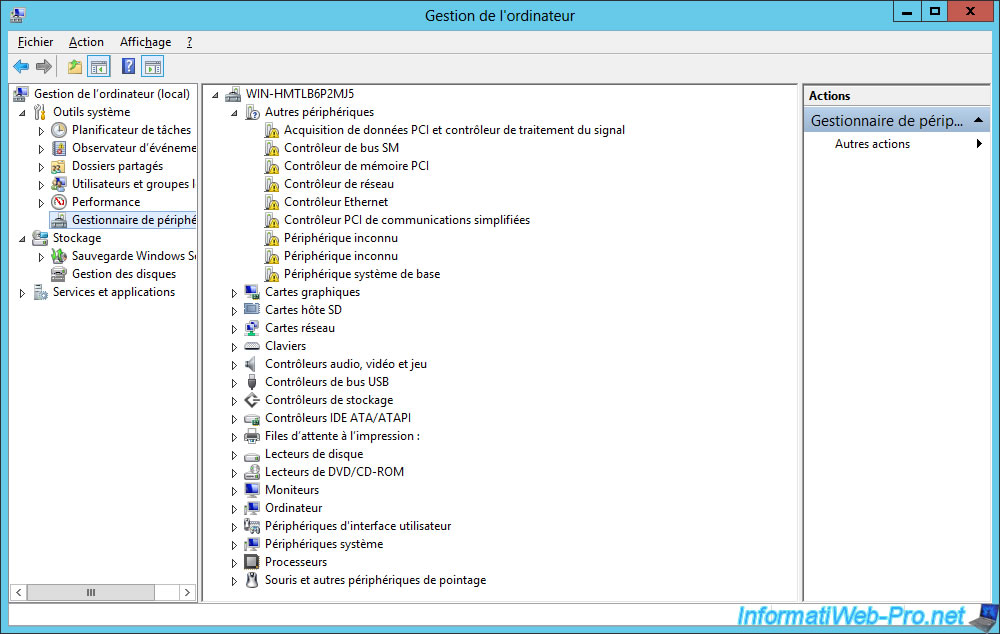 To begin, we will first install the drivers provided by Intel.

To best install the NUC drivers, it's strongly recommended to install the chipset first.
Indeed, it's he who connects all the components together.

Without the chipset, the rest will not work properly. 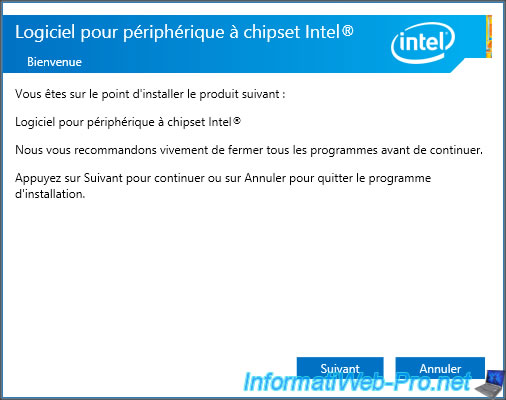 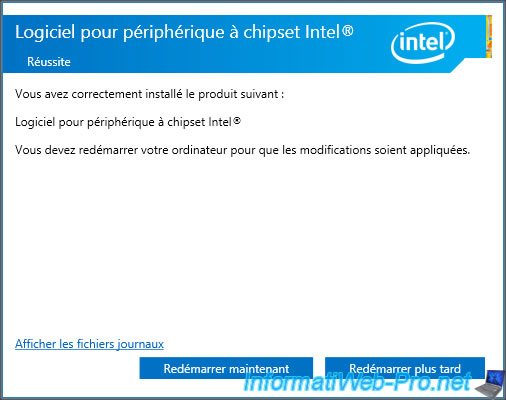 To install the driver of the card reader (BayHub), just run the setup.exe file (as below). 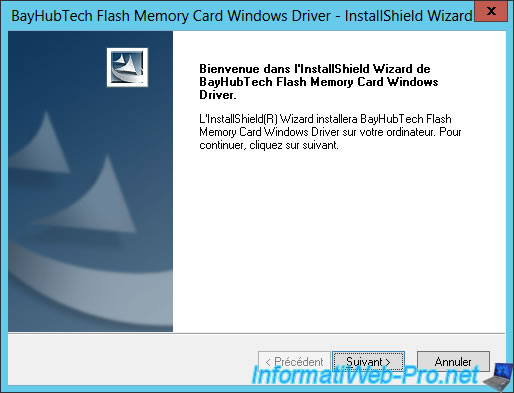 To install the driver of the infrared port, if Windows displays an error while unzipping the downloaded zip file, skip the concerned SilentInstall file.
Anyway, you will not need it. 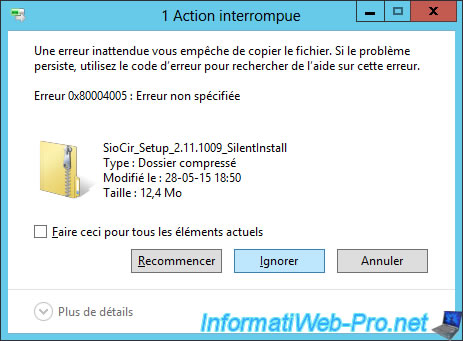 Then, install this driver. 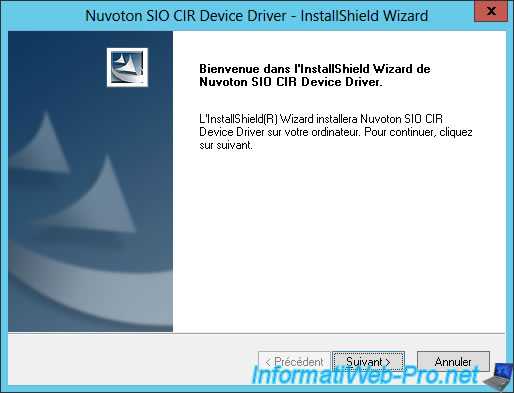 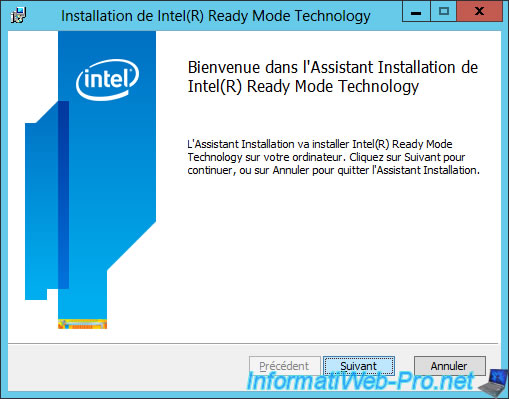 Finally, install the Intel Management Engine Consumer Driver by launching the SetupME.exe file that you will find in the ME_SW_MSI folder. 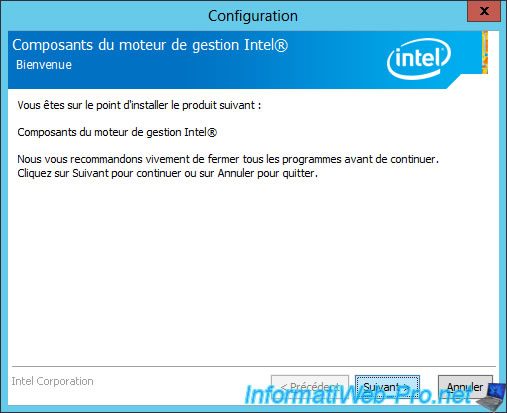